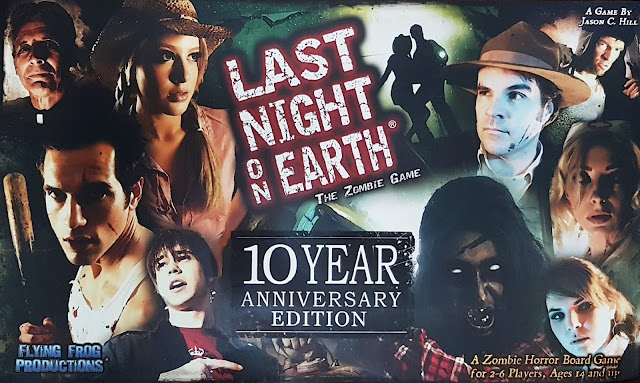 Metro Manila Community quarantine - Day 227
It's Halloween month, and as much as I have a general respect for what the holiday is commonly known for, I also have to admit that I've never been good with the scary stuff. You'd think that I'd be able to think and rationalize my way out of stressing over things like horror movies and such, but it's really not the best side of me. I just can't seem to handle this genre of content all that well.
So it was rather ironic that the man I was meant to spend the rest of my life with turned out to be a big horror fanatic. He loves scary movies and the way he first introduced me to tabletop RPGs was through Vampire, which has some inherent horror elements involved there. It's one of our biggest differences, but we've worked around it.
This is not to say that I don't even try to watch horror movies, especially the really good ones that get a lot of media attention. I have put in a fair amount of effort to watch here and there, especially when Tobie or friends really recommend it. This has resulted in some traumatic moments and a lot of abuse subjected to whichever part of Tobie that I end up using to channel my stress into. I've yet to break skin or sprain anything - even with movies as scary as The Descent, which Tobie made me watch for whatever reason.
I find that I'm still similarly disturbed by horror comics or at least some depictions of gore. I'm currently trying to get through The Walking Dead comics after purchasing a number of them as bundle offers on comiXology some years back. I can get through the issues fairly quickly for the most part, but some scenes just give me pause and then I find that I need to take a break and read happier content for a bit before returning to the series. I didn't expect it to happen, but it did. So yeah, I guess I just don't have the constitution for those things.
More than anything, jump scares affect me the worst, I think. My brain keeps anticipating when they're going to happen but that does nothing to really prepare me for when they do happen. And at times I feel like I'm about to jump right out of my skin at that shocker moment. The only good thing about such scares is that they only last a moment. We can get to move on to other things soon enough.
Halloween isn't really my month on so many levels, but I do my best to make the most of it. And Tobie just has to let me grip his arm too tight or let me hide behind furniture during the really bad moments. Or just let me partially cover my eyes to somehow dampen the impact of things.
comics holidays inner ramblings moving pictures technology Tobie