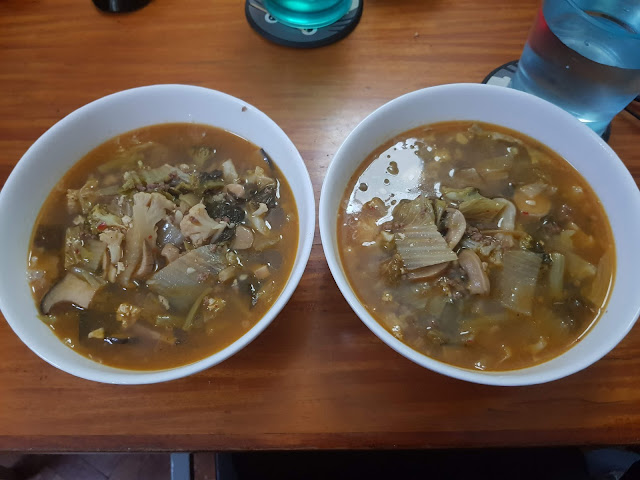 So one of the big headlines today was about the pope expressing his support for same-sex civil unions. Given the Philippines' significant (or maybe just very vocal) Catholic population, this resulted in a lot of positive posts on social media about this particular opinion. Unfortunately, we know from experience that the public statements of any presiding pope are really just good soundbites and aren't automatically official policy as far as the Vatican is concerned. But hey. people need happy news like this. And it always helps to have an important voice of support like this.

It gets weird when people who are so used to espousing the hardline stance against anything remotely leading up to the possibility of gay marriage feel justified in complaining about the literal leader of their faith. I'm not 100% sure how papal infallibility comes into play when members of the flock simply don't agree with what the pope has to say. And we're already starting to have Catholics around the world trying to figure out how to voice their dissent without literally saying he's wrong - although a few have thrown respect out the window and have done precisely that.

To some degree, it shouldn't really matter to me personally. I've been agnostic for years given I had argued my way into recognizing the eternal problem of human frailty and imperfections getting in the way of interpreting anything divide with a reliable degree of accuracy. I remain open to there being greater powers out there - but I don't think they're really bothering to dictate every little facet of my life. And moving past the trap of organized religion has done wonders for my mental health - especially in terms of reconciling my being gay with everything else.

Seriously, people need to stop hanging on to the precepts of organized religions that hate them for who they are. You can still apply the general principles of that faith to give your life direction or to calibrate your moral compass. But maybe don't let it make you feel like shit every time you go to church or something.

Faith is way more than any human organization that tries to define what the faith of others should be. And I don't think we should ever feel bad for being who we are. And we don't need someone to tell us who we can and can't be or who we can or cannot love.