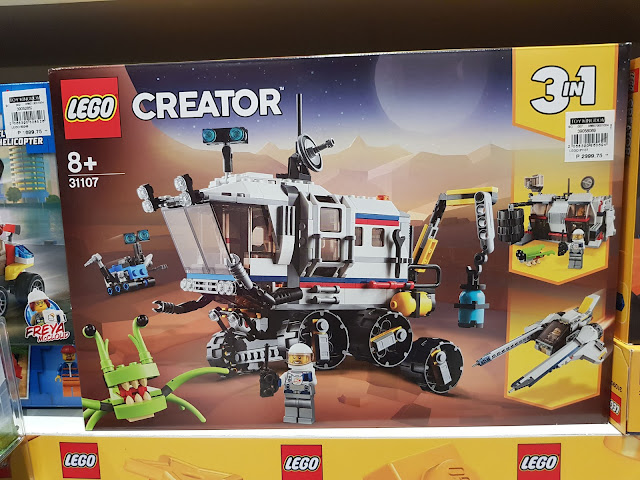 Metro Manila Community Quarantine - Day 220
Tobie and I just wrapped up watching the first season of the Lego Masters reality TV competition. We weren't sure what to expect from the show when we started, especially with the likes of Will Arnett as the host of the show. But despite his steady stream of reality TV-themed dad jokes, there's a lot of charm to the show and to the builds in general.
As much as I love Transformers, LEGO has also had a big part of my heart. But between the two, Transformers has always been the somewhat more practical item to collect since they're a lot more robust and store well whereas I prefer not to disassemble LEGO figures and keep them on display. And given how the best LEGO sets are big ones that really take up a lot of space, I decided early on to focus my efforts (and my money) on one instead of the other.
This show is still a love letter to LEGO and reminds me of my own love for the franchise and how I miss building sets. I've purchased a few specialty sets here and there for the heck of it, but really I can't go like all-in for the new space sets or all the crazy Star Wars or Marvel sets. So I guess I just have to content myself with watching shows like Lego Masters and occasionally bringing out my LEGO Dimensions figures for a game or two. And I still have so many of them that I haven't assembled, now that I think about it.
To some degree, my LEGO collecting has continued through a proxy. Our Anak Nico turned out to be quite the LEGO fan as well and I've started to get into gifting him LEGO sets I would have enjoyed for myself and I've also endorsed my childhood LEGO collection to him for restoration and rebuilding. It was a little painful to do because I am a bit of a geeky hoarder, but I know those sets are in good hands and I'm excited to see if he can bring them back to their original 1990's glory.
LEGO QuaranGeeking sietch life television