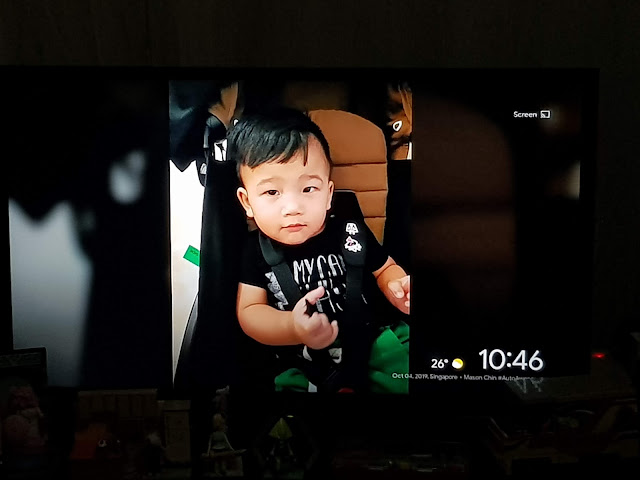 We finally decided it was time to replace our old TV given a large cloud had formed in the upper right corner that rather distorted anything that appeared in its area. This was on top of the fact that one could already see a series of white lines across the middle of the screen during especially dark scenes (something that has been around for a while). The cloud was really the last straw. 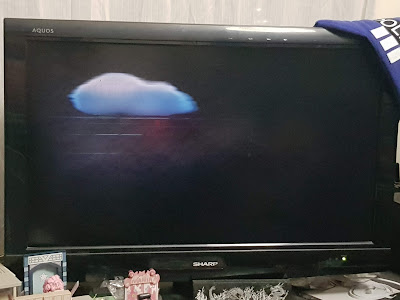 To be fair, this was one of our first purchases when Tobie and I moved in together, given what a big role such visual entertainment is to us and 11+ years is a pretty good run for a TV. So I waited for the Lazada 10/10 sale and we risked buying a major appliance online - something we would never have considered in pre-pandemic times. But to temper things, we only got a 32" unit (same screen size as our older TV) and I didn't get anything too fancy price-wise.

I was surprised that the TV arrived tonight just as I was ending my workday since I didn't get a delivery notification beforehand. And it was a heck of a lot smaller than our existing unit - a reminder of how slim and these things have gotten. The smaller frame means that it sits a little lower on the table where the old one was and we made need to consider something to raise it a little higher. Maybe I could have considered a slightly bigger unit, but it felt prudent to just match the size of our old one to be safe.

Despite it being a smart TV with a built-in Netflix app, we're opting to still use the Chromecast as the device just makes everything easier. There are ways to approximate most Chromecast functions on the TV natively, but it feels like too much effort to bother. By plugging our existing Chromecast into the new TV, it automatically integrates into our Google Home household with all the usual bells and whistles.

So I guess that's a bit of an achievement - we've survived our first-ever major appliance purchase online outside of Tobie's CPAP. We could have pushed further, but that's part of the risks of buying something you haven't seen in person before, and I guess that'll do for now. At least we can finish Raised By Wolves now without a cloud obscuring Mother's face.