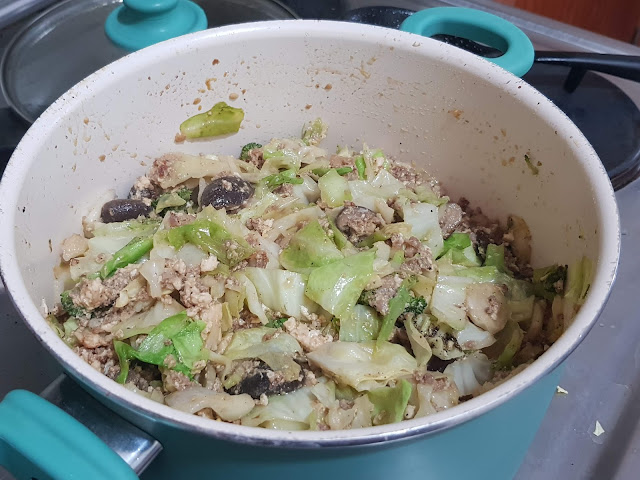 Metro Manila Community Quarantine - Day 206
So we've arranged for our very first guest for the Baduy Pride live stream vlog this Thursday, and it's none other than the fabulous O Diva Turing Quinto! And this was even before I realized that we had temporarily unlocked Restream's premium features for a month just because I participated in a feedback survey they had run. I know, it's a trap to get me to sign up for reals (like that one month I paid for a Kindle Unlimited subscription I didn't even try using), but we'll the make the most of it.
We started the vlog as a way to supplement our limited social interactions while in lockdown and starting to have actual guests on the stream is pretty exciting. It opens up new episode formats apart from our usual staples of talking about board games we enjoy. Who would have thought that it would take a pandemic-driven quarantine to get us finally on the content creation train, eh?
Apart from that, still continuing on with Raised by Wolves and loving the narrative progression thus far. Also amused that Ridley Scott is rather obsessed with (1) robots, (2) that have white blood, and (3) pregnancy? That and maybe short-haired strong female characters or something, but maybe that's an unfair assertion.
This month I plan to finally try reading The Walking Dead comics as a thematic change of pace. It is Halloween month after all and even if we won't go out trick-or-treating, at least we can have some spooky fun. Dunno why I bought most of the comics despite the show becoming increasingly lackluster over the years, but now that I own the, I might as well read them.
Apart from reading, I really should try to write more as well outside this blog. I've tried my hand at a few Geeky Guide entries (although I still haven't done my September reads post), but updates are few and far between. Still not feeling the urges for anything truly creative, but maybe something will come to me if I just sit down and do it. I'm tempted to write something akin to fan fiction for any of the franchise I love instead of focusing myself to come up with an original story. Maybe that'll be easier to work through even if it will be a financial dead end since it's unlikely that I'll be able to sell stories of that nature.
comics O Bar sietch life television vlogging writing