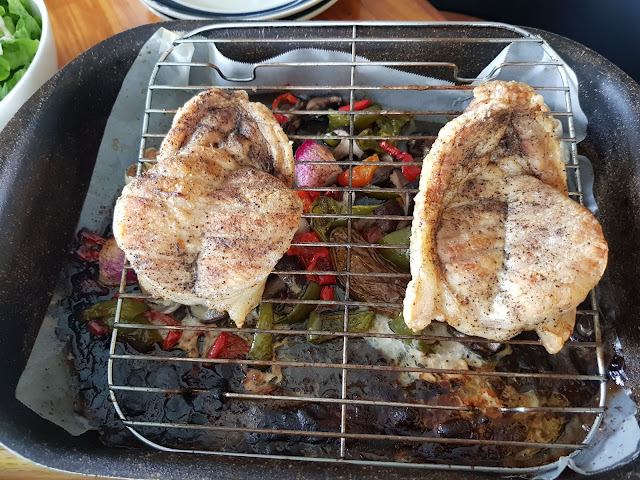 Metro Manila Community Quarantine - Day 201
Pretty much every night this week, it has rained. This has certainly made for quite the gloomy lead-up to October, but here we are. And I guess it's just as well since it's not like we've been going out in the rain - or out period. The bigger worry is that the weather will somehow knock out the power or slow down the internet or something. These are the true enemies of the quarantine life.
In sharp contrast though, the mornings have been quite hot, so I guess that just fuels the rainier evenings. But then it just feels weird to prefer to have the AC on in the day and then rush to turn it off once sunset hits and the rains come along.
The highlight of this week has been Tobie's discovery of the show Inside No. 9, which first broadcast in 2014 and is, thankfully, an ongoing TV series. But as it is a British show, that means series (read: season) only spans about 6 episodes, so it's either very quick watching or a heck of a lot of waiting for new material. It's marketed as a black comedy anthology series but it does feel a lot like Black Mirror, just without the focus on technology and with a stronger leaning towards horror. But the folks do love a good scare that sends the kids behind the couch cushions, I suppose.
We're already on the brink of watching the 5th and latest series, then it'll be back to Netflix for things like the new season of Carmen Sandiego or something. What else is there to do during these lockdown nights, eh?
inner ramblings QuaranGeeking sietch life television Tobie