024CC: More of the Waiting Game 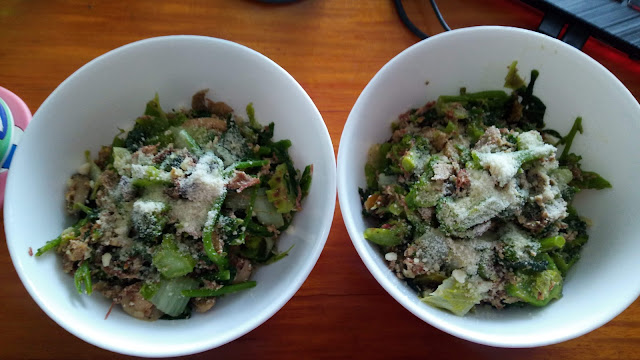 Metro Manila Community Quarantine - Day 192
That was one major blitz of rain earlier tonight. Just as we were preparing to go live for Baduy Pride, the rain came out of nowhere and really lit up the sky with strong lightning flashes. And then visibility outside our window dropped to zero and it looked like the entire BGC was blacked out given the intensity of the rain. That was followed by a power fluctuation that knocked everything out for a minute and you know what a pain it is to wait for the internet re-establish itself after a power-deprived reset like that. But things quickly settled down and we were still able to record tonight's episode on the Diablo games.
Tobie and I really haven't been playing many games on the computer throughout quarantine. The main limitation is the fact that his computer has been pretty buggy and it's only recently that he was able to secure additional RAM to boost his performance a bit. And it's weird to play a computer game without him given we might as well play a board game together instead of splitting off into separate activities. But it would be nice to play with him again so maybe tonight's episode is a reminder to explore that avenue for quarantine entertainment.
September is almost over and it's kind of freaky that this is the case. That means we're going to wrap up three quarters of 2020 and the national government has only doubled down on its big action plan of reminding everyone to continue to wear a mask until Russia or China develops a COVID-19 vaccine. WHO has repeatedly advised governments that just waiting for a vaccine isn't a valid strategy for facing disease, but our govenrment is uable to assemble anything more comprehensive than that.
So it feels like a near-certainty that we're all going to spend Christmas in quarantine. The most that we could possibly look forward to is things shifting to MECQ so maybe even the likes of O Bar can figure out creative ways to re-open safely. And that's not really hoping for much, but it's all we got. All the media reports indcate that our best hopes for wide distributioni of a vaccine are most likely going to be around mid- to late-2021 at best. Coming up with a vaccine is one thing - actually manfacturing it and getting it securely distributed at a reasonable cost is the real challenge.
I don't want to get onto the 2020 Sucks train, but admittedly, this year could have gone a heck of a log better in so many ways.
computer gaming health inner ramblings sietch life vlogging