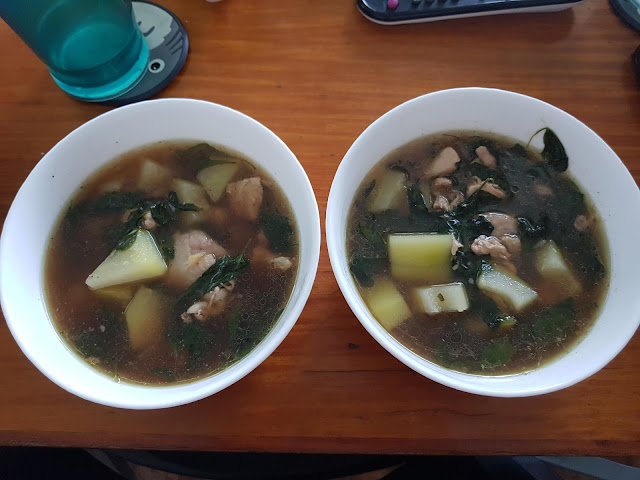 Metro Manila Community Quarantine - Day 175
We deferred some of our Friday stuff to Saturday, thus Tobie ended up heading to the grocery today instead of the usual Friday schedule since work was pretty stressful. I still started today with my "favorite" Perfect 10 workout, which is a bit of a killer. I never quite feel like I'll be able to get through the whole routine whenever I'm psyching myself up to go through it but then I still get surprised at how well I manage things once I get to the end. The world of physical fitness is odd that way.
I tried to catch up on some comic book reading, but then only really managed to wrap my adventures with the Mark Waid run of Daredevil. Got some BattleTech reading in for good measure, but not enough to merit updating the Sarna wiki, which is a shame. And at least I finally tackled most of Lil Gotham, after having it in my collection for years.
We finally got around to finishing Canada's Drag Race but not before the news of the winner was all over Twitter. The whole show was kind of meh, so we weren't really invested in the outcome, but at least the one the judges seemed to be telegraphing as the winner didn't win, so that was a bit of a relief. The real question now is whether Drag Race Holland will turn out to be more interesting than this season was. Only time will tell.
The rest of the day was filled up with trying to get through Escape Tales: The Awakening, which is another of those escape room style tabletop games. It's one with a rather lengthy and involved story, but at least it was pretty fulfilling with a fascinating story. While some puzzles have proven to be quite frustrating, for the most part the story is quite interesting. Given it has replay options though, that presents interesting options for the long term. And it's a different experience from our usual games in the Exit and Unlock franchises, so there's that.
We still have Pendragon too look forward to tomorrow to round out the weekend, but for the most part we're taking things a little slowly this weekend. And that's certainly not a bad thing.
Battletech gaming gym life inner ramblings QuaranGeeking sietch life tabletop gaming