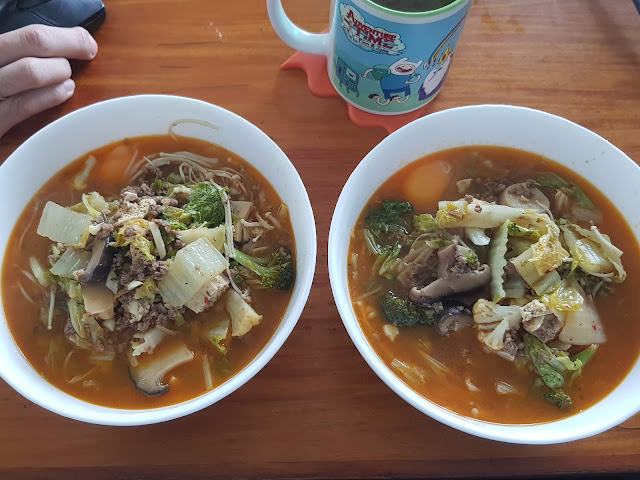 Metro Manila Community Quarantine - Day 173
Lizard Update: He's still alive! And he's taken up residence under our fridge. Maybe he had always been there, but we see him moving about on a regular basis. He doesn't seem to be injured at least, so that's good. Tobie has tried leaving out pieces of bread and some after for him and he seems to be receptive to the water, at the very least. Will he become something akin to a pet? We'll find out in time, I guess. I just hope he doesn't wander onto the flypaper again, as we still have some sheets out.
The IATF has once again allowed gyms to re-open, and I still don't feel like going back. I've filled out an online form to request an extension of my account freeze, but I have no idea how the process is going to go. I think I can defer September and maybe consider going back in October. I don't really know at this point.
It's crazy that we've been in lockdown for almost 6 months now. Many businesses want to re-open but can't. Some businesses have shut down entirely because they couldn't afford to stay closed for so long. Others have managed to re-open, but of course, foot traffic is nowhere near where it used to be and most businesses have done their best to shift their operations online. Everyone is having a hard time.
And you can't blame people since the main message of the government is that it is safest to stay home and the only way the government will feel that it's safe enough to re-open once a vaccine is available. It's not a legitimate strategy for dealing with a pandemic of this nature (as per the international experts), but the government isn't changing its tune. They've been allowing businesses to re-open to encourage the economy but also telling people that if they get sick, it's probably their fault. Seriously, WTF is all this?
aminals gym life health inner ramblings QuaranGeeking sietch life