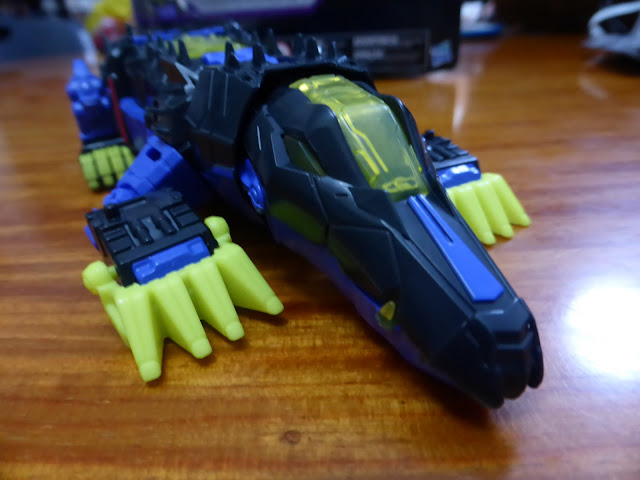 This morning, I sadly noted that a lizard had managed to get caught on one of the sheets of flypaper that Tobie had laid out to catch pesky fruit flies that had started to appear around the kitchen. The little guy was still breathing but had gotten his tail and some of his feet stuck. Initially, we were just considering wrapping things up and putting him out of his misery, but upon further study, we felt like there was a chance to get him free. Tobie had tried this one before with another lizard...it hadn't gone well.

Most of the lizard's body was either on the black border of the flypaper or actually off the sheet. Most of his tail was stuck in the good and both left limbs were also stuck in the adhesive. It wasn't immediately clear if his head was also stuck, but we figured that as long as we got his legs free, he could potentially lose his tail and still live a decent life.

Tobie's tool of choice ended up being...disposable chopsticks. He started using them to slowly nudge the parts of the lizard off the goo. He didn't even use them as chopsticks, per se. Instead, he just used one end to exert steady but hopefully gentle pressure. We were able to push his feet off the gooiest part of the sheet, but he didn't seem keen to go, so Tobie went to work on his tail. As we were also worried that he was just going to bolt once able and end up going deeper into the sticky part, we laid out the plastic wrappers that the chopsticks had come in as a border of sorts.

After nudging his head off the sheet, we used more plastic under him to keep him from putting his head back onto the glue. This inspired us to use other sheets of plastic to catch his tail as we extracted it from the glue and we ended up easing more and more of the lizard off the sheet this way. It took a lot of gentle but steady pushing with the chopsticks and slipping the plastic under him to finally get him out and then...nothing. We had a lizard off the flypaper but now just breathing heavily in the middle of our kitchen floor.

Eventually, Tobie was inspired to try to clean off the glue residue using a cotton swab dipped in olive oil. There was no obvious effect when Tobie tried to lubricate his sticky tail and feet. But Tobie noticed that the lizard's "knee" was sort of stuck to his body, so he massaged some oil there, and almost immediately the lizard finally got to wiggle it off and it darted to the far wall.

It made for quite the unusual little adventure, but it was nice to have been able to save him. We don't really mind lizards since they help manage the insect population, which is an inevitable problem in any condo. What a way to spend one's lunch break.