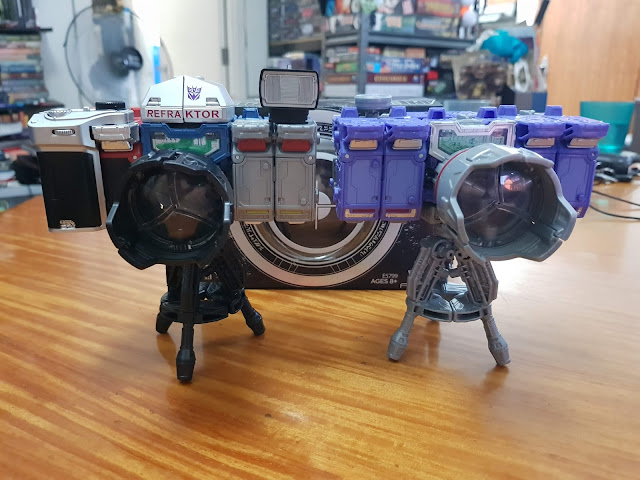 Metro Manila Community Quarantine - Day 152
As previously mentioned, we filmed our first live stream vlog yesterday and Tobie and I had a lot of fun doing so. After so many discussions about doing something like this and even a single test video mid-last year, we finally settled on a sort of format for it and it felt awesome to film. We're trying to keep things loose and flexible for now in order to avoid it becoming too tedious, thus sticking to the recorded-as-live format saves us time on post-production headaches while maximizing the potential for very organic moments of craziness between me and Tobie.
To help the creative process, we've been soliciting ideas for future episode topics from friends and other social media contacts and we already have quite a number of things we can cover. I'm not sure what other people beyond our social circles are going to make of our very stream-of-consciousness show, but at this point, it's less about what they think they want and more about what's fun for us. If we stick to that, we'll eventually find our audience or something like that.
Restream is proving to be quite the versatile multi-streaming platform that allows us to broadcast across both Facebook and YouTube at the same time, which is pretty nifty. Our Facebook audience is mostly friends, which is fine in itself. But YouTube is the big gamble since it's what's going to have more long-term reach as more people stumble across our videos as we post them. Funnily enough, I have over 13,000 subscribers for my YouTube channel because of my O Bar videos, so that's a rather large audience to sort of have access to. I'm not sure how they're going to feel about these videos interrupting their subscription feeds since they typically just hope I'll post new O Diva performance videos and that's about it.
For now, it's going to be a lot of experimenting as we refine the "show" and continue to figure out what works best for us and what feels comfiest to do while on camera. Once we feel 100% about everything that ends up going into the show on a regular basis, then maybe we'll think about growing the audience or something like that. This could include other activities like creating a Facebook fan page just for Baduy Pride and other social properties then possibly investing in more robust streaming tools including software or other enhancements. This may not go anywhere serious or it might blow up into something amazing.
But as long as Tobie and I continue to enjoy creating these videos, then we'll probably keep going with it.
moving pictures QuaranGeeking sietch life Tobie vlogging