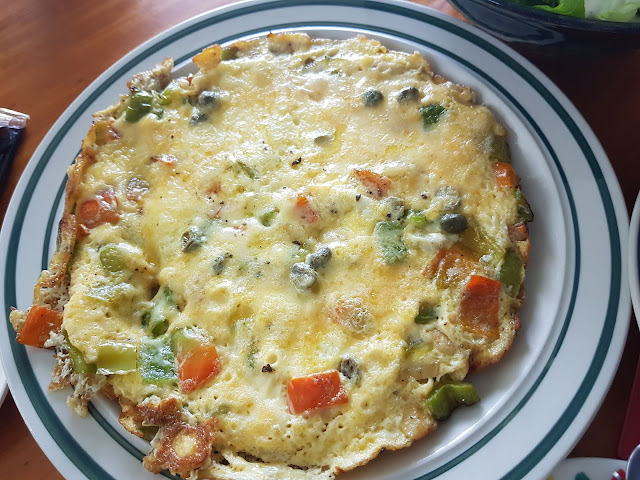 Metro Manila Community Quarantine - Day 150
Close to two years into my keto journey, and I've mostly worked through the worst of my cravings. I don't miss rice or noodles all that much. I can live with minimal dessert options. Life is okay.
Sometimes I still get crazy moments where I look for something out of the blue. Just last Saturday, I turned to Tobie and told him that for some reason, I was seriously craving pizza. But hey, I can't really have pizza, so I just ignored the feeling.
To be fair, the keto community has created a wide variety of alternatives and substitutes to address a lot of these urges. In my first year of keto, I invested a lot in these substitutes to help get by. But that means paying the price of a large pizza in order to get a personal keto pizza that used an almond flour dough. I can get keto-friendly ice cream, but a pint costs as much as a gallon, and eating too much of it at once gives me the runs. There's shirataki noodles and rice for when you want the sensation of eating starch, but it also has the weird tendency to resist liquids, so it never fully absorbs sauces the way you'd expect noodles and rice to.
And in every case, the keto-friendly substitute tends to cost 3-4 times as much as the conventional item and still needs to be eaten in moderation. Keto-friendly substitutes serve a function and scratch a particular itch when needed. But they are also quite an investment, and thus it becomes a question of how much money you want to splurge on these items.
Over time, I've craved for these items less in favor of just being happy with more keto-friendly things. I've learned how to bake my own keto pandesal as a bit of a treat throughout the week and to spend less on keto bread from stores. I don't quite have the patience to create some of the other keto-alternative versions of food and just of without.
Tobie has stumbled on a fun treat which I can only call a pizza omelet, which is a delightful treat. He loads up an extra cheesy omelet with sausages, bell peppers, garlic and onions, and the resulting food is kinda pizza-like. Roasting bell peppers together with chicken or pork chops also yield that nice smokey flavor of roasted veggies that we also associate with pizza. And there are a number of other meals that remain keto-compliant that end up acting as proxies for things I can't eat but are still enjoyable all the same.
But hey, it's just the way it is. I'm going to be on a low-carb diet almost indefinitely until I get to a weight level that is significantly healthier. And even then, I know I won't go back to my habits before like all the fast food or junk and all that jazz. Thus it's easier to move forward instead of constantly experimenting with this or that substitute or whatever. It's more than a diet, but really a full-blown lifestyle change that doesn't really give you cheat days. And I've become all the better because of my efforts to stick to it as best as possible.
cooking food adventures health keto life sietch life Tobie