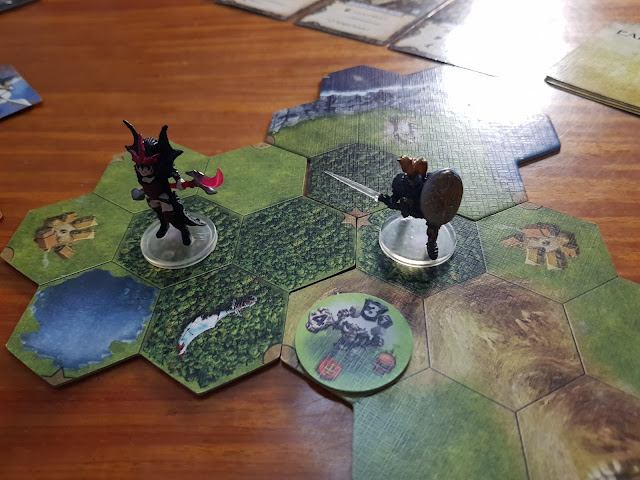 In today's online TRPG session of The Great Pendragon Campaign, my character Gilmere II fully embraced his magical side and became a true initiate as a magician. But my character is still a knight before anything else, so it'll be interesting to see how he'll balance his magic side with the rest of his duties. It's the potential to unlock more power, for sure, but I can't let it totally derail him from the code of honor that dictates the actions of his fellow knights.

We started this game almost 3 years ago in September 2017. For the most part, we used to meet up to game once or twice a month, and the sessions have always been fulfilling. Once we fully embraced the whole quarantine situation, we shifted the games online in April and then rearranged things so that we could game pretty much every week while in quarantine. The game is definitely one of the things we look forward to every weekend as it's a way to still connect with friends on a regular basis and have a lot of fun doing so.

We've now had about 17 online gaming sessions throughout this quarantine period, with a few of the planned sessions getting canceled because of this or that obligation coming up. We've mostly had complete attendance, but more than a few sessions have been hampered by internet connectivity issues that affect one or more players, much to everyone's frustration. But those are part of the circumstances that are beyond our control as we cannot dictate how fast the internet is going to be for the day or whether or not the weather is going to have an impact on our ability to "meet" as a group. But we do our best to get by. Soon most of the games for this campaign will be online ones - a line we've already crossed for other active RPG campaigns that we have managed to shift over to digital platforms.

It would be ideal for all of these games to have video as this helps us better appreciate everyone's facial expressions as they role-play their characters, but the same connectivity issues and other factors can get in the way. So a number of our games are voice-only, which are okay but sometimes hard to juggle as players are more likely to speak over one another during group scenes since we don't have visual cues for who plans to speak. Plus not being able to see one another really takes away from the interactions to some degree, but it is what it is.

I miss playing board games with other people, but for one reason or another, we haven't quite embraced the online board game platforms like Board Game Arena or Tabletopia for one reason or another. It's rather ironic to play these digital versions of board games when we're sitting on such a large collection of our own. But I know, we are living in circumstances where we can't actually gather to play games in person, so maybe we should give it a shot. But at the same time, doing so feels like yet another act of surrender, another admission that it's going to be a lot longer before we're allowed to safely see our friends and family on a regular basis again.

Welcome to our 22nd week of quarantine.