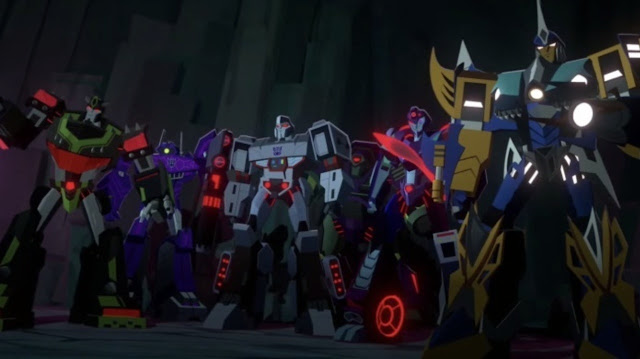 Metro Manila Community Quarantine - Day 112
I had Tobie join me in binging the first two seasons if Transformers: Cyberverse on Netflix and it was...surprisingly okay. Sure, a lot of us G1 fans learned not to underestimate the kiddie-oriented cartoons after the brilliance of Transformers: Animated and how that show managed to sneak in so many subtle nods to G1 and all with a pretty good story. It's the same mechanism that has made shows like Star Wars: The Clone Wars and Star Wars: Rebels have such a wide-reaching audience beyond their original marketing-approved target demographic.
Cyberverse isn't quite a home-run, but it's delightful in its own right. And it nicely draws from different aspects of the decades of Transformers lore out there including pulling characters and concepts from the more recent IDW comics. But sometimes all it takes is seeing your favorite characters brought to life in the current animation style to give you a degree of satisfaction.
I am rather disappointed with this particular incarnation of Soundwave. He's a bit of a one-gimmick character that somehow ended up with less personality than his G1 counterpart. And good friends know how much Soundwave means to me, so this is a sad part of the show. Shockwave was a lot more prominent with a lot of his mad scientist back story as seen in many of his incarnations in the different comics and that worked out.
I'll have to source the third season of this show outside Netflix, but that shouldn't be too difficult. It's a fun little distraction despite all the weird stuff going on. And we all need the occasional happy distraction these days, eh?
sietch life television Transformers