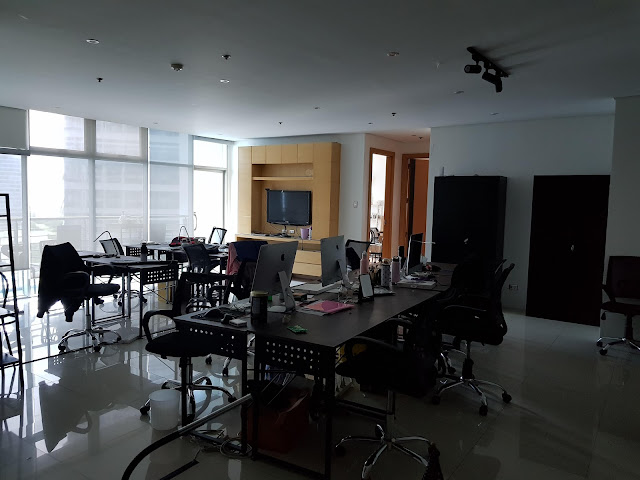 Metro Manila Community Quarantine - Day 107
A new work week has begun, and my quick trip to the office over the weekend does make me miss sharing a workspace with the team. We've been on 100% work from home this entire quarantine period in order to better ensure the safety of our office family and thus the office has been largely unoccupied. And I rather miss my desk in the corner and the regular sounds of the office while I work on my own thing. And it's not like we were ever the noisiest office or anything, but those background noises are sort of like a nice white noise that is more reassuring than distracting.
Mondays are always rather busy and Tobie and I end up playing our regular game of "dueling conference calls", where we have to carefully time when we go off of mute to talk whenever we end up with simultaneous conference calls. It's quite tricky as we're seated around the dining table all day and that's really not much space. But we've been managing this for over three months now and we have a pretty steady routine where I get us started with coffee in the morning and Tobie tends to tackle lunch and then I follow-up with dinner. Sometimes we need to switch around who handles meals based on our different meetings and such, but that's more or less how the workdays have played out week after week while in quarantine.
The current General Community Quarantine (GCQ) period is set to expire tomorrow and as is the new habit, the national government has only committed to making a final decision about what will come next tomorrow. The IATF has stated they aren't recommending relaxing the current GCQ, but ultimately it will depend on whatever the President decides to do. I doubt this will mean any of us will have proper time to prepare for any possible changes to be implemented come 1 July, but that's just how things have gone all quarantine. We'll get some sloppy non-announcement late tomorrow as the current quarantine declaration lapses into whatever comes next.
The infection numbers that have been shared with the public indicate that we are nowhere near flattening the curve and if anything the rate of infection feels dangerous enough to avoid relaxing into a lighter level of quarantine.  But who knows what numbers the government will use as a basis for a decision. My favorite media number now is how our 36k+ cases are still somehow better than a theoretical projection of 3 million cases we have somehow avoided. Seriously, what is this government smoking?
We all have so many other things to worry about and stress over and we don't need this craziness on top of everything else. And the stress of quarantine and the lack of ways for people to go back to familiar social support structures all comes together to make for a very difficult time for everyone.
inner ramblings sietch life stop the presses Tobie work