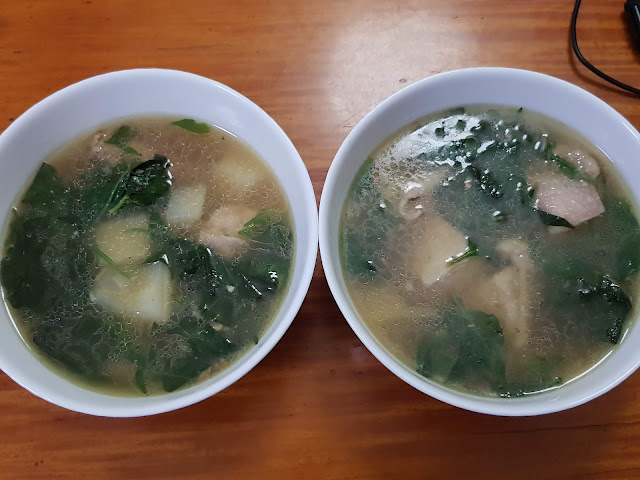 Metro Manila Community Quarantine - Day 103
For most of my independent adult life, I have made a conscious decision not to have any tanktops or sandos in my wardrobe. I haven't even maintained any as undershirts for formal wear. And a lot of everyone's quarantine photos seem to stress that everyone else has plenty of tanktops while I do not.
You'd think that tanktops would be an essential part of gay guy's wardrobe while living in a tropical country like the Philippines, but I've managed to avoid this eventually. I haven't gone to the effort of cutting the sleeves off of an older shirt in order to somehow extend its life. Oh no, I haven't done anything like that.
I know I don't own tanktops for two main reasons, which are really just one reason - insecurity. Growing up, I had really bad skin asthma that most manifested with what appeared to be almost whiteheads all over my arms - little white dots that made my upper arms look very wrong. I wore sandos as undershirts for my grade school uniform but then beyond that, I wear shirts.
The more contemporary reason for not having tanktops ties more to my weight. Sure, there are plenty of bigger guys who have no issues wearing stuff like this. For some reason, my brain has made the connection that I don't feel like I'm the sort of person who should show more skin, which is ultimately because I've been quite large in my adult years and I know my body does not align with conventional standards of beauty and attractiveness, especially in gay male circles.
And so my default has been to cover up. For a guy who has been going to gay clubs for years, I've never even considered taking my shirt off at a bar because that would be crazy, not one wants to see that, and other dark things I've told myself over the years.
It's not a big thing and I really should just shake off the discomfort because it's silly. Especially now that I'm actually working out and doing something about my weight, I probably look better than I ever have since maybe my college years or something. And even then I wasn't exactly fit - I just wasn't as heavy since I did a heck of a lot of walking during my Ateneo High School years and my UP Diliman years.
Wow, you made it this far? Thank you for reading today's semi-private ramble. And what's crazier is that I honestly think about this every time I see someone post a photo of themselves in a tanktop.
WTF Rocky?
health inner ramblings queer life social networking