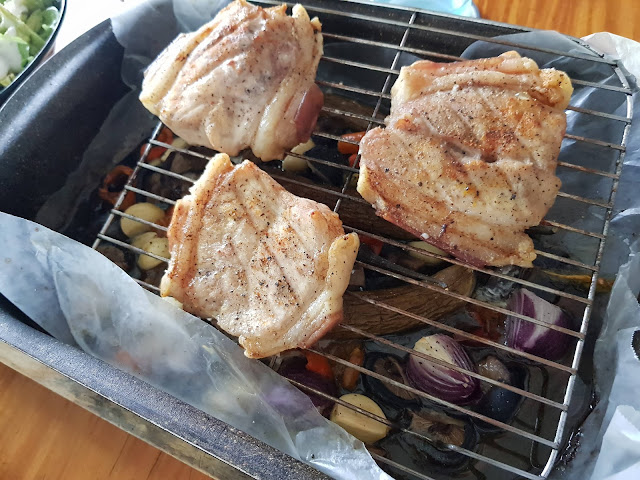 Metro Manila Community Quarantine - Day 98
Was definitely determined to make today a more restful one. Despite still waking up before 08:00am, I tried to head back to bed to get more rest and kept things pretty chill. When I did finally wake up, my first order of business was to finish up reading The Hero of Ages, which is the 3rd book in the Mistborn series. That was a very satisfying read and quite a good wrap-up that explains a lot of what the first two books kept dangling as plot points of interest.
Despite getting up late, I still worked out and today's repeat of "The Power Start" was a great way to really get the blood pumping. I'm still feeling the effects even now, but like in a good way.
Then Tobie and I got to watch the recorded staging of Zsa Zsa Zaturnnah Ze Muzikal on YouTube. It wasn't the best recording of the production, but it was good enough given the year of its release. And it introduces a whole new generation to its unique with and humor in how it told a distinctly queer story.
Finally, the evening was dedicated to this week's installment of our Pendragon RPG campaign. It was a rather scary session that could have resulted in multiple player deaths were it not for some magical intervention. As much as we're knights in Arthurian times, we're not yet officially of the round table, so there's a lot of work we need to get done - provided we don't die first.
Today has been a good day.
all the world's a stage books cultural victory gaming health QuaranGeeking tabletop gaming