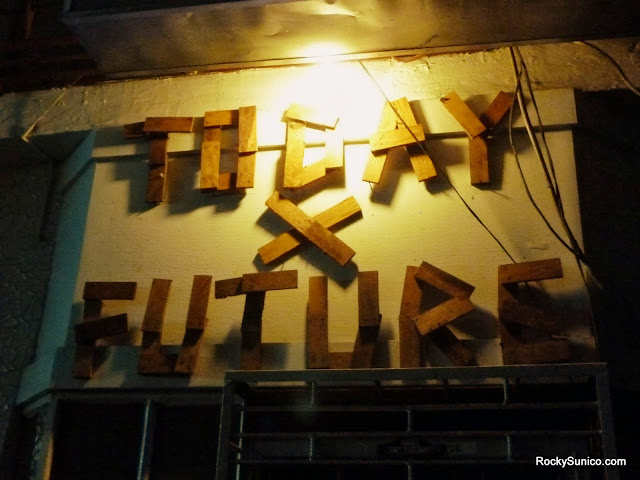 Metro Manila Community Quarantine - Day 97
Yesterday, Today X Future announced on its social pages that it's closing. Like many other bars, they've been unable to operate as part of the quarantine restrictions in effect over different parts of the country. And as they've been without steady income for three months now, they've had to make the decision to close its doors for now. Maybe we'll see another incarnation of the bar sometime in the future, but for now, their fate remains to be a big question mark.
I've been worried for a lot of such establishments who have been unable to operate during quarantine. Non-essential businesses like bars and live entertainment have been pretty much without revenue for months now and it feels like it's only a matter of time before they start folding one by one.
Tobie and I only went to TxF once in 2013, and it wasn't even a big party night. It was a weeknight and a friend had a little art exhibition there, so we paid a visit to support him as we lived in the area. It was quaint, I'll give it that, and I nearly bought a Star Trek survival guide that was on the shelf. But we were quick to determine it wasn't quite our scene and didn't really find a reason to go back.
But to many, Future was a second home, the same way Tobie and I feel about O Bar. And in that sense, I can understand the pain a lot of TxF patrons are going through given the loss of such an important, emotionally relevant place. I've been active in the local queer scene long enough to have seen many LGBT safe spaces come and go, with many of them typically being bars because that's what we end up with time and time again. I don't know what I'd do if O Bar had to closes its doors for good - especially because of what is now the world's longest lockdown - one that doesn't even feel truly effective at this point given inconsistent testing efforts and terrible data reporting, among many other issues with our COVID-19 response.
And when one such safe space is lost, it's the community as a whole that loses. And who knows how many others may not survive long enough to get past the end of this quarantine period, whenever that might possibly be.
inner ramblings O Bar queer life stop the presses