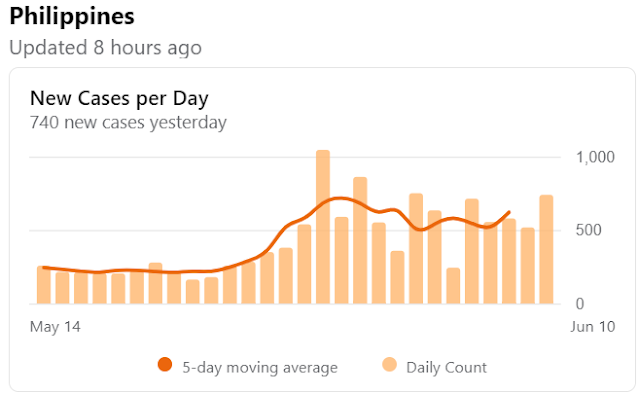 Metro Manila Community Quarantine - Day 89
Nobody likes last minute things. Trying to schedule or cancel a work meeting at the last minute is considered to be unprofessional at best and outright rude in some cases. Canceling a social meet-up at the last might is especially terrible in a place like Metro Manila since the other person might already be on his way in order to compensate for traffic, thus wasting time and a heck of a lot of effort. Changing your mind at the last minute while playing a board game can cause a lot of annoyance at the table as people try to adjust to your change of move. Trying to change your order at a restaurant at the last minute can mean the kitchen has already start preparing your original meal and the change could mean wasted food or other things.
Making an announcement at the last minute doesn't really give everyone adequate time to prepare to act on that information. And the effects of such an announcement are worse depending on just how important the subject matter is and how many people are potentially affected by that announcement. Thus proper time and care should be put into considering how that announcement will go out and whether or not other people involved are prepared to act in accordance with their roles and what is expected of them. At least that's how things are supposed to go.
But so many things keep repeatedly happening at the last minute as a matter of policy, and you wonder if anyone in charge has any idea what impact this lack of decisiveness has on everyone else. It's so inconsiderate and downright irresponsible. But we roll with the punches for now and try to pull through this together. Who else can we rely on, eh?
inner ramblings