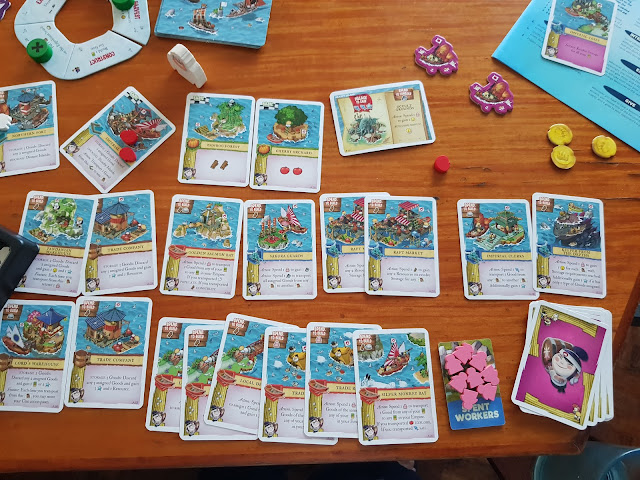 Metro Manila Community Quarantine - Day 73
The first workday after a long weekend is always a busy one, and it was rather true for today. I had a lot to cover both out in the dangerous physical space beyond the Sietch and in the virtual space of work. But I managed to end the day with a lot of boxes checked off of my list.
I'm super glad that we were able to address my computer problem over the weekend since today was a great day to have access to 100% of my screen real-estate. I had a lot of reports to finish, Google Ads campaigns to work on and even invoices to boot. Quite the relief to be able to work more efficiently in this manner. Admittedly it's almost an indulgence in this quarantine period.
Funnily, 2+ months working with my banged up machine has left me with odd muscle memory moments. The damage on the left side of the screen forced me to reorient my Windows taskbar to the right side and I still find myself moving my mouse in that direction whenever I want to load a new application or something. I'll get over it in time, I'm sure. But for now, I'll have to live with the odd back and forth between where I got used to the taskbar being versus where it is now - which is back where it belongs.
In other news, the Metro Manila mayors held a meeting where they agreed that they feel that Metro Manila can shift to General Community Quarantine (GCQ) in June after the current Modified Enhanced Community Quarantine (MECQ) is scheduled to end. Ultimately, only the national government through the IATF can decide whether or not Metro Manila and other provinces will be allowed to enter the more relaxed General Community Quarantine so this decision is really just a recommendation at best.
Our current quarantine progression is strange. We started with a community quarantine, which shifted to an Enhanced Community Quarantine then a relaxed Modified Enhanced Community Quarantine. Modified seems to be "lower" than the quarantines without the terms since the current progression is something like this:
ECQ --> MECQ --> GCQ --> MGCQ
What lies beyond MECQ is anyone's guess. Thus far the government has been creating new layers to sort of ease the descent rather than risking saying that quarantine is being lifted entirely. The general stance of the President typically makes reference to how so much relies on a vaccine being developed. And I think that the government isn't prepared to have people out without some sort of quarantine in place until that happens. This may be prudent, but it also means we'll maintain this tense state of affairs for a very long time.
My speculation, which may feel without concrete basis and thus is strictly an opinion, is that more and more the economy - or more likely the lack of economic movement - that is informing a lot of our policy decisions related to this pandemic. We are concerned about public health, yes, but we are also a poorer country without the resources to put majority of the country on some sort of welfare program while a cure is being developed. And so we need to re-open the country as much as we reasonably can so people can earn their own keep again and relieve the government of the burden of supporting so ma my people. It's still going to be hard and staying home will be a luxury that will continue to divide the classes. But we all have to do what we need to do in order to survive.
inner ramblings sietch life stop the presses technology work