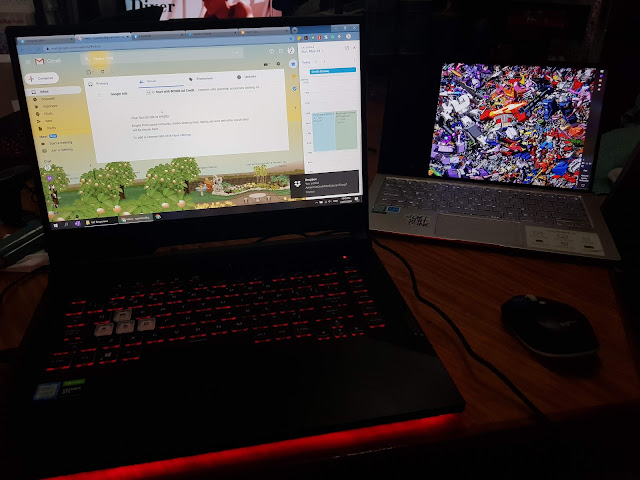 Metro Manila Community Quarantine - Day 71
I baked another batch of keto pandesal today. It was a lot easier this time around since I was less scared of all the steps and I already had tweaks to the recipe that I wanted to try based on the first batch. The biggest difference was minimizing the amount of salt I added and trying to introduce the ingredients in smaller does instead of all at once. 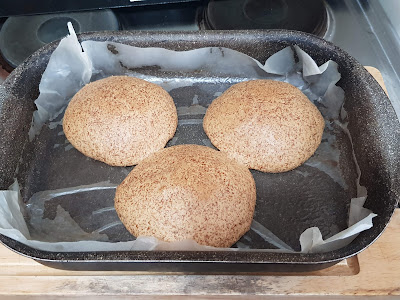 The end result was pretty good and no longer too salty, which I felt the first batch was. I also tried to experiment with measuring out the dough instead of trying to roughly divide it into 7 pieces as recommended by the recipe. The result is three giant buns created from half-cup servings of dough and three nicely-sized buns created from fourth cup servings. I definitely know what to do next time based on this haha.
I could totally get into this since baking isn't quite as scary as I first thought it to be. I had never baked before I made my first batch of keto pandesal last week and I think I'm good to continue in this way instead of buying pandesal from Real Food and other suppliers. It still comes out as the cheaper option even when I use the more expensive (but better tasting) almond flour versus coconut flour.
Today we had our weekly Pendragon RPG session online, but sort of struggled through significant connectivity issues among players, which has been a recurring problem all weekend. We started decently on Discord as normal, but later on we had to migrate to Messenger for a voice-only group call since video was proving to be too difficult. I'm glad we managed to get through the session though as a lot of interesting things happened right after King Arthur's wedding and Tobie found a way for us to play through the different stories that could have been left as a narrative dump.
Lastly, I'm finally working on the new computer that I managed to secure on Saturday. I've gotten a lot better at keeping most of my stuff in the cloud to make moving to a new laptop easier and I spent more time downloading all the necessary security updates versus actually migrating files. It helps that I really had to trim down with my last computer since it had a smaller local drive, so that helped me keep "trim" in the local data department.
It's such a relief to have a full screen to work with again. I've had to work around the damaged area on the Zenbook longer than the 10 weeks of quarantine, including weird things like having my taskbar on the right side and enabling every single possible compact display option for web-apps just to remain functional. Now that I'm back on a full screen (albeit, one that's a little bigger than the other computer)
I still need to get the prior unit checked out and possibly repaired. It's actually a more powerful machine than this one with the real premium being its small size and thinner profile. The one I'm on now is a mid-range gaming rig that I selected for its onboard ram and processor whereas the Zenbook travels a LOT better. So it's really a more valuable machine, especially when I travel to Singapore.
At least this leaves me prepared to remain productive for the rest of quarantine, whenever that is.
cooking food adventures gaming keto life sietch life tabletop gaming technology work