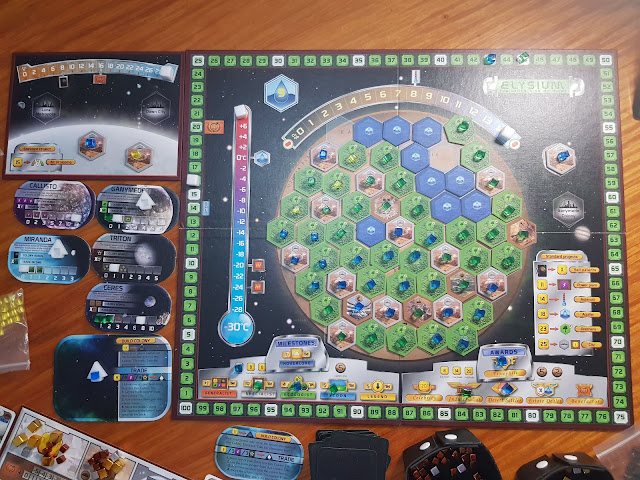 Metro Manila Community Quarantine - Day 67
After writing yesterday's blog post, I felt a little down, and Tobie and I had to talk through all the thoughts in my head afterward. The core dilemma really is the not hating being in quarantine (which I'm sure we all feel to some degree by now) but just the general sense of frustration and uncertainty if all these quarantine efforts are going matter in the long term. The testing data alone hasn't been very reassuring and the recent statements by public officials just add to everyone's stress.
Between writing about it in this blog and verbalizing my frustrations to Tobie, I eventually got over the worst of it. To help salvage the night, we opted to play a game before bed and ended up with Terraforming Mars since its unique card assortment helps add quite the randomizer to the game to even out the playing field slightly.
I did quip to Tobie and after 10 weeks in quarantine, it was getting a little tiring to always go head-to-head against him all the time. Let's face it, Tobie is the better gamer between the two of us and my win rate isn't all that great against him. And I concede that I'm a pretty competitive guy and I do like winning every now and then - something that doesn't happen very often when you face Tobie alone in game after game after game. But it's not like we can bring in other players just yet.
I love Tobie, but he remains my biggest competition in any board game. I'll still keep playing against him since it helps me to become a better player in the long term. But yeah, that's not always entirely fun either haha.
And no, I didn't win our game last night.
gaming QuaranGeeking queer life sietch life stop the presses tabletop gaming Tobie