0244B: MECQ Is Still Quarantine 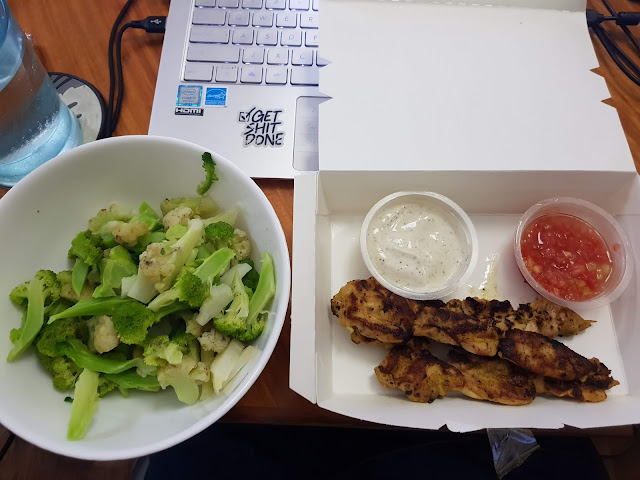 Metro Manila Community Quarantine - Day 63
Today marks the first day of the government's Modified Enhanced Community Quarantine (MECQ), which is the odd compromise that still requires people to stay at home as much as possible but also allows more businesses to resume operations in the hopes of "restarting" the economy. Today also just happened to be a day when I need to run errands for the family, so it also became an opportunity to observe how things were going.
In Taguig, the malls haven't been able to bounce on the eased restrictions for some non-essential businesses since the city government asked to delay the mall openings until they could come up with expanded guidelines of their operations. This feels like it was a smart decision based on some of the images of crowds in other malls Metro Manila being shared across social media. But I did observe a significant increase in the number of vehicles on the road even within BGC, so I guess people are eager to move around more.
It still frustrates me to see groups of people moving together given the MECQ rules still mirror in the ECQ restrictions that only one person per household may go out for essential supplies. And one could definitely see several clusters of people like this going around BGC and I imagine things will only get worse as people relax and try to take advantage of some of the MECQ allowances.
I didn't see any joggers going around BGC just yet, but I suppose we're all figuring out how safe that's really going to be. Some of the smaller parks that I passed by still had the makeshift barriers in place to dissuade folks from going there throughout the prior ECQ period. Plus with yesterday's rains, a lot of the sidewalks still have a lot of debris. I guess it'll take street cleaners a while to get back to their former routines to maintain BGC's aesthetics.
Still, it was mostly restaurants that were open, which isn't all that new for BGC under quarantine. I think the only notable store preparations of interest I chanced upon were the staff of the big Abensons near the office being back in the store and obviously preparing for a re-opening. This is of particular interest to me since both Tobie and I are in need of new computers as our current machines have been barely surviving the quarantine thus far.
inner ramblings sietch life stop the presses