0244A: Deciphering the Ripper 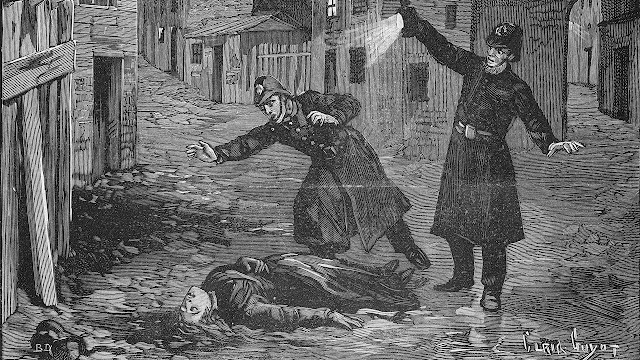 Metro Manila Community Quarantine - Day 62
Tonight we're struggling through the fourth case of the Jack the Ripper campaign of Sherlock Holmes Consulting Detective. This effort to turn real-life events into a series of murders for the legendary Sherlock Holmes to solve hasn't been the most satisfying campaign given the general difficulty of the investigation and the quirkiness of the final questions at the end of each chapter.
While I've generally enjoyed the experience of continuing the campaign online despite social distancing, the twists and turns of the case have been especially frustrating. So I guess in that sense, it does present a fair simulation of what it must have been like to actually try to investigate the Ripper murders back in the day. I guess the main constraint is that Sherlock really is more of a consultant and doesn't have an active role to play as it's up to the players to drive the investigation. But given the campaign spans several cases, there's that sense that you're doomed not to catch the Ripper early on since he still needs to be able to complete his murders in order to follow the march of history, so to speak.
This is probably going to end badly, but we'll do our best to get through it.
gaming QuaranGeeking tabletop gaming