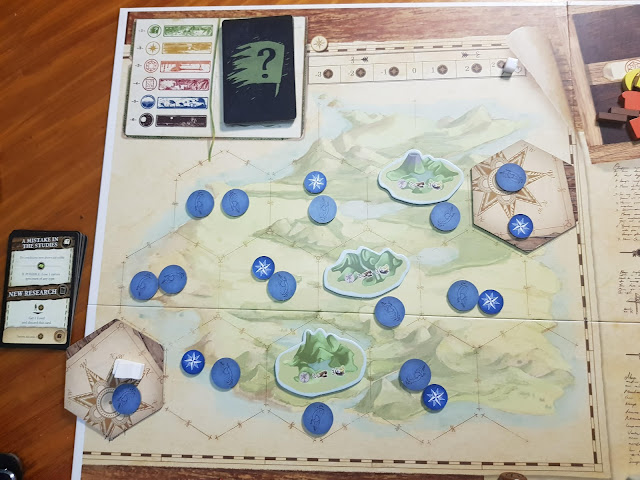 Metro Manila Community Quarantine - Day 49
I got to leave the Sietch today since I had to run some errands for the family. Tobie and I each venture out once a week on average, especially this long into quarantine, so it's a day to be treasured. It was a great opportunity to get some actual walking in today as opposed just pacing the limited confines of the condo. I accumulated close to 8,000 steps, which was nice. I kind of wished that I had stretched things out a bit more, but it's more important to remain prudent in these trying times, so it was straight back home once I had settled everything.
I kind of envy the differences in quarantine policies in other countries. Many still allow outdoor fitness activities provided that people maintain physical distancing and I would have loved to be able to jog at least. But our local rules don't allow even for that and they've arrested a few people for still trying to jog around the BGC area
We're entering our eighth week of quarantine with no definite end to things in sight. We just have to accept this "new normal" (as so many people are fond of saying) for now and get by as best as we can. It's okay to miss your friends and family and to miss human contact in general. But we all have to stretch our patience for now. This too shall pass.
For geekier entertainment, Tobie and I played the third scenario of the Robinson Crusoe: Voyage of the Beagle expansion. This has us joining Darwin's historic expedition, but with all the challenges and pitfalls of the core Robinson Crusoe game. This wasn't the original plan for the night, as we were originally supposed to play Sherlock Holmes: Consulting Detective after yesterday's session got rescheduled due to technical challenges. But those technical roadblocks remained in place so we had to reschedule for next Friday instead.
But it was still a good little adventure for the day as instead of the usual island exploration, we were on the HMS Beagle navigating across different islets. We definitely played through the scenario as safely as possible, but our slow start because of too many encounters on the starting tile sort of influenced that decision. It would have been nice to have surveyed more of the shoals, but I'm just glad we go through things before the red weather die came into effect.
And now we're just watching the Labor Day benefit stream that includes a number of the O Divas performing for the benefits of workers and frontliners. It's a chill evening for now.
gaming health inner ramblings sietch life tabletop gaming