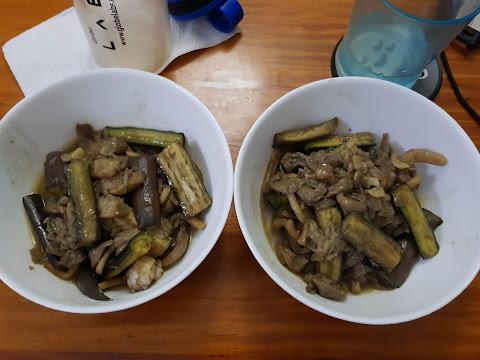 Metro Manila Community Quarantine - Day 38
Today the Prime Minister announced that Singapore would continue with its "circuit breakers" until 1 June, essentially an extension of a full month for their existing lockdown arrangement. As much as such quarantine measures aren't necessarily the most comfortable things to go through, their necessity is hard to question during these troubling times. But at least they're getting clear direction well ahead of time.
The Enhanced Community Quarantine (ECQ) in effect across Luzon is scheduled to end on 30 April and it is uncertain of it will be extended or not. There has been a lot of chatter about it across different media as to what will happen next but our government continues to play coy. Last time the ECQ was extended a mere 5 days before it was scheduled to expire. The latest news indicates that the President is expected to make a decision by Thursday - although this assumes we all put a lot of stock in what Senator Bong Go has to say with regard to the President's next steps.
Naturally, social media is most concerned about things escalating into a "total lockdown" -  a phrase that always sounds pretty ominous, and probably is given its possible implications. And multiple government officials including Presidential Spokesperson Harry Roque and Cabinet Secretary Karlo Nograles went on record today to state that such a measure was not being considered by the IATF nor the President. Supposedly, all discussions have been related to either extending the present state of affairs or considering less severy quarantine measures moving forward.
A lot of the discussions relate to how the bulk of the COVID-19 cases are centered within and around Metro Manila, and thus one might possibly limit quarantine efforts to the most affected areas. Naturally, there's the implied eagerness to have less affected parts of the country return to "normal" with the classic phrase of "kickstart the economy" being bandied about. And maybe it is possible - something like unaffected provinces allowing their residents to go back to work but maybe still restrict movement in and out of the province to maintain the integrity of their freedom from the disease thus far. We'll have to wait and see what the President will finally decide to do.
If anything, it seems clear that Duterte puts a heck of a lot of stock in what the IATF has to say and one way or another he tends to follow their recommendations to the letter. He has repeatedly stated in several of his press conferences that he's not an expert in this matter (all the way to admitting he doesn't know what to do) and thus he repeatedly says he puts more faith in what his expert advisors have to say about next steps. And that generally reflects how the government's quarantine response tends to wax and wane in line with whichever advisor won out - a pool of voices that includes more military people in the mix than healthcare professionals, but they're all we have to work with.
Personally, I think we'll need some sort of extension to limit the rate of infection of the disease since our numbers have not gone down significantly and our testing efforts are still struggling to ramp up. Our central testing facility, the RITM, has had to ramp down its efforts due to so many members of their staff now having COVID-19 (although supposedly not from mishandling of samples). I think they'll relax things more in some of the less-affected provinces and consider allowing more people to return to work in order to somehow balance things better with respect to our struggling economy.
Fingers and toes crossed for now.
health inner ramblings QuaranGeeking stop the presses