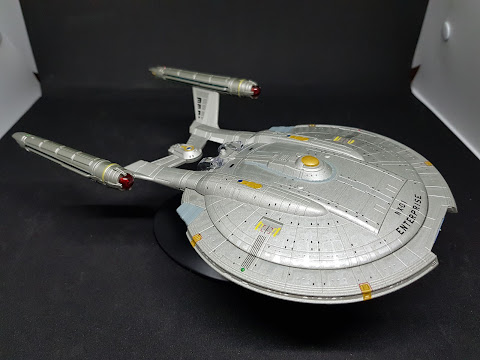 Metro Manila Community Quarantine - Day 32
Tobie managed a grocery run today. Most of the items we were looking for were in stock, which of course was a good thing. In other cases, we had to make substitutions. The bill was higher than normal since Tobie felt like we need to take extra precautions given weird stories circulating around the rumor mills, but it's just as well. As long as we're cooking more versus ordering out (which is a challenge in itself), that's a good thing.
Queues at the grocery are still pretty long, but it helps when Tobie goes earlier as it results in less time spent at the grocery overall. And with BGC in the process of implementing quarantine passes this week, the resupply process is going to get even more complicated. This new normal is not a fun normal, but it's a necessary normal for now.
Recently I've started re-watching Enteprise to introduce Tobie to the series. The show really had a different feel versus other Treks, and I do appreciate the nuances of what they were trying to achieve. I wasn't the biggest fan of the show when it started but it does get better now that I'm seeing it with fresh eyes.
Like the Enterprise of the show, we're in uncharted territory as we really figure things out as we go as the government keeps implementing new procedures and we respond in turn. They weren't the most advanced ship traveling the stars during the period the show is set in in the same way the Philippines started this fight against COVID-19 without sufficient testing facilities or healthcare capacity for the increased number of patients because of the virus.
I just hope we get a better ending given how Enterprise as a show was canceled after four seasons whereas the three prior Trek shows had each gotten nice 7-season runs.
health inner ramblings QuaranGeeking sietch life Star Trek Tobie