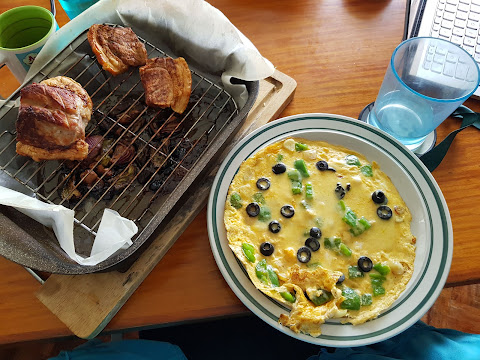 Metro Manila Community Quarantine - Day 23
In this fourth week of the quarantine, I decided to try my hand at reaching out to a few friends to check on how they are. We've talked on and off throughout the quarantine period and it felt important to set aside a little social media effort to see how things are going.
The "How are you doing?" question has become increasingly weird to ask as the quarantine has dragged on as it's hard to say what answer one expects. In the early weeks of the quarantine, I'd say something along the lines of "stressed but hanging in there", which was generally true and felt like it was an answer that took more effort than just saying we're okay. But after my modest emotional downturn last week, I've taken to answering this in a bit more detail, at least with closer friends. Gotta process things as best we can and support one another. My efforts yielded a few fun conversations but also some short and sweet updates. I guess we should just be thankful that people are generally okay, all things considered.
As a nice way to end the evening, we're watching Julie & Julia on Netflix for old time's sake. I love this movie for so many reasons, chief among them Meryl Streep's beautiful depiction of the legendary Julia Child. But at the same time, the movie is one of those now-archaic love letters to blogging - or at least blogging on the internet of the early 2000s. The movie was oddly inspiring to my continuing blogging efforts but it's not like I ever attempted anything like what was done in the movie.
This was a movie that I first watched with Tobie in our first year together. It was a movie about people in love, the crazy things we do within a relationship and the power of supporting one another while trying to achieve a goal. And this is part of why I love this movie so much, I suppose. And more than 10 years later, Tobie and I are watching it again and laughing at the same things and remembering all sorts of stuff.
And I still owe him a book.
blogging moving pictures QuaranGeeking sietch life social networking Tobie writing