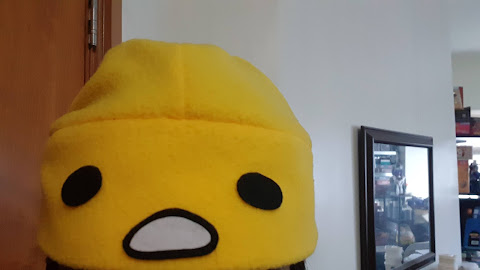 Metro Manila Community Quarantine - Day 20
Initially, we were using this quarantine to work our way through some HBO shows I've always wanted to finish, starting with The Sopranos. But after three seasons of heaviness thus far, I figured we needed to shift to lighter fare. Thus instead, we've finished the complete series run of Veep, the latest season of Kim's Convenience and now we're working our way through our guilty Netflix pleasure, the new season of Nailed It! To top it all off, we've been (re)watching different Studio Ghibli movies that are now available on Netflix as well, so those have been a delight.
As part of a work activity, I had Tobie record a video of me cooking an egg, and it was oddly entertaining. I don't think this represents the start of a new cooking vlog or anything like that, but it was totally fun. I ought to participate more in these weekly activities as they are an amusing distraction from everything else going on.
Singapore is now implementing "circuit breakers" as part of their fight against COVID-19, which ultimately means a sort of lockdown as non-essential businesses are to be closed and all schools will revert to some sort of a home-based learning program. While it'll have a lot of similarities with what's going on in the Philippines, it's still going to be more comfortable or at least less panic-filled, I think. Not that people are going crazy in the streets here - just that there's a lot of uncertainty as to what the government is actually doing.
It's the weekend now and I'm not 100% sure what I want to do. We certainly have a lot of time to do any number of things but also I'm still feeling a little sluggish about trying to fill up those hours.
Sometime during this quarantine, I should probably figure out my writing, huh?
food adventures health QuaranGeeking sietch life stop the presses television work writing