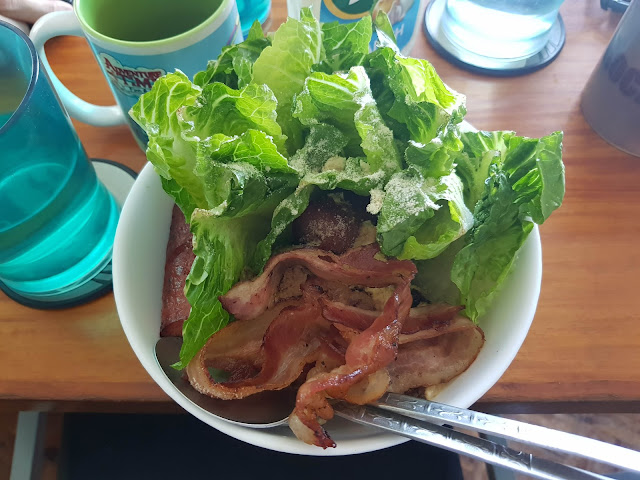 This morning I had to step out for a work-related bank errand, and it was kind of nice to be outside? As comfortable as the Sietch is, it's still nice to be able to stretch one's legs and actually walk around BGC again, even if only in a rather limited capacity.

Since I was already out, I figured it might be worthwhile to check our other stores in the area and take a gamble on finding now rare consumables like eggs. But I was surprised to find that most if not all the convenience stores around BGC are now requiring all patrons to have face masks, which is contrary to DILG and DOH recommendations. It was annoying, but I knew there was no real point to arguing with the staff since they were probably just implementing orders from higher up.

When I got home I did try messaging the Taguig government page along with the social pages of the convenience franchises I observed had the policy in place. 7-Eleven didn't specify that they'd take any action and even defended the measures as being there to protect everyone. Family Mart gave a more satisfactory response as they claimed this was against their policy and would have their Operations team remind branches not to do so. I doubt this will change anything, but it feels nice to have at least tried?

We're not even two weeks into this quarantine and the inconsistencies between national government directives versus LGU interpretations along with actual enforcement continue to complicate matters in the metropolis unnecessarily. Maybe things will get better in time, but there's also the thought that we don't exactly want to have to get used to this way of life and get back to something a lot closer to normal once we hit the original target end date for quarantine. However, the way things are going so far, it feels like this quarantine is more likely to get extended as it doesn't feel like things are anywhere near under control just yet. I'd hate for that to be the case, but one must also be realistic and prepare for the worst.
health inner ramblings QuaranGeeking sietch life stop the presses