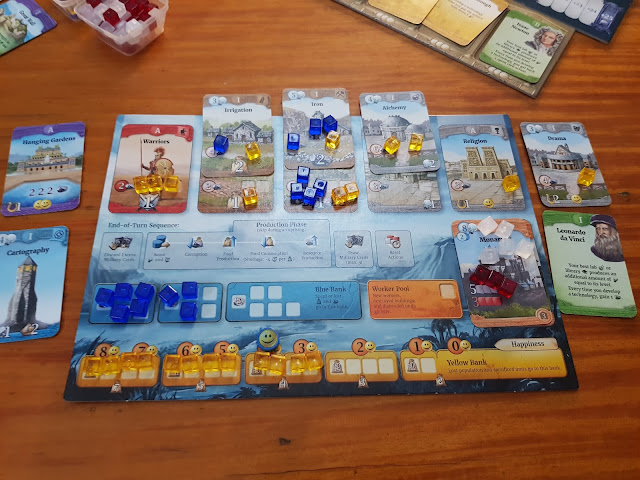 Tobie and I didn't step out of the Sietch today as we're well-stocked enough and weren't too confident about venturing out during the first day of the quarantine when so many of the actual implementing rules are either unclear or still unfamiliar to the personnel responsible for administering the travel restrictions. And the actual terms of the quarantine period are turning out to be a lot more stringent than initially hoped when it was first announced with the individual Metro Manila mayors really Plus we actually had a scheduled game session for the day, albeit an online one.

Given we did play board games for most of last night while keeping Facebook Live running for friends to "join in" to some degree, today's Pendragon RPG session also leveraged the video conferencing abilities of Roll20. As much as we could have just hosted a call via Google Hangouts or Facebook Messenger, Tobie opted to have us back on Roll20 since it also made sharing maps and other game-files easier plus we could keep our dice rolls more social through the built-in dice-roller functions. We got through the game well enough with only a few technical hiccups like trying to figure out how to play music effectively without drowning out player audio, but that should be easily addressed in time.

At least we have a good way of continuing our RPG chronicles despite all of us being confined at home. Now if only we could figure out a way to still get friends over for board games from time to time. I guess that all really depends on travel within the quarantine zone is going to be like and whether or not more of the individual cities of NCR decide to lockdown on their own.