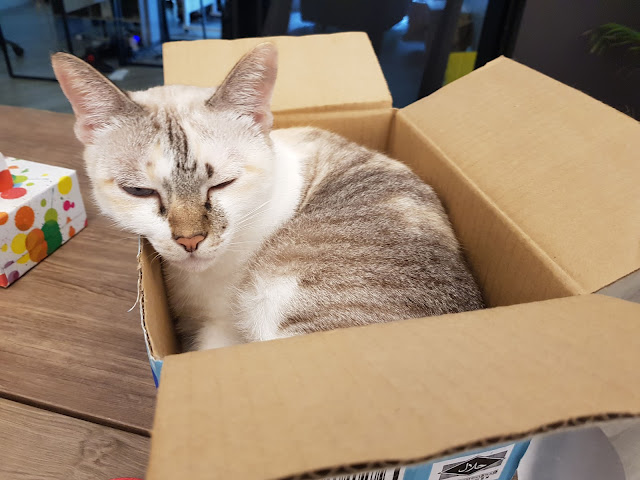 It's Valentine's Day and I'm staying in on a Friday night while in Singapore whereas Tobie has just arrived at O Bar for a special event night celebrating some of their top performers of 2019. It's not often that we're apart for this particular mushy holiday, but work is work and we both have to do what we gotta do. And we both understand the importance of what we each do.

I'm flying home on Monday but Tobie is heading out for a trip of his home Sunday night, so we're not going to be able to catch one another just yet. It's a little ironic that we'll be like two ships passing in the night as the old saying goes but it's a minor complication in the greater scheme of things. I'll just have to jump back into my routine and wait a wee bit longer before seeing him again.

This is definitely one of the longer stretches of us not seeing one another, but that's not really saying much as we live together. Thus the default is seeing each other every single day whereas a lot of couples I know are still at that point where seeing one another requires making time or setting up dates or things of that nature. So in the greater scheme of things, we're together a heck of a lot more than most queer couples. So that's something to be thankful for, right?