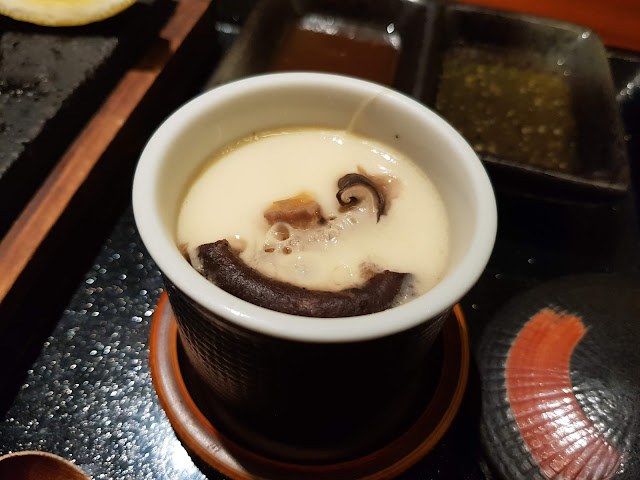 We didn't really leave the house today apart from a quick trip across the street to the mall. Despite this, I was surprised that I fell asleep before dinner. It was for about an hour only so it was a good refreshing nap, I suppose. But yeah, a little unexpected.

Rewind a bit. I had gone to bed at 01:00am and woke up around 09:00am with some episodes of waking up here and there in the middle of the night a few times, but on the whole, it was a good sleep. Ended up needing to do some work this morning and that occupied most of our morning with quality time with the nephew in-between as we all took turns in order to remain productive. The work kept us busy but it was still the usual computer-based work, so it wasn't exactly physically draining, right?

After lunch, I came to the odd discovery that what I thought were low carb wraps that my sister had purchased (as is her usual effort to help support my keto) turned out to be only reduced carb wraps and I had eaten at least three of them today. So instead of it being negative net carbs per wrap as is the usual case with these sort of wraps, they were at least 15g of net carbs per wrap. Cue mild panic.

So I figured the only thing to do was to try to jog it off to compensate even though today was meant to be a rest and recovery day based on the fitness plan mapped out by the Nike Training Club app. But yeah before dinner I donned my running gear and ran around the area for a good 40 minutes.

When I got back home I immediately took a long shower, got changed, realized I was still sweating and changed my shirt yet again and then took a seat to tinker with my phone and play more Marvel Strike Force and check social media. And around then I fell asleep.

This could just be my body forcing me to make up for lost time since I had not slept the night before my flight in and you never really get to recover lost sleep like that. Maybe it was my body dealing with more carbs in my system than normal since those three wraps pretty much had me at my carb target for the day. Maybe I had jogged harder than planned and my body needed a break. Or maybe I had stressed myself out just thinking about the extra carbs and so I shut down?

Well, at least it was a good nap. And then I woke up and joined the family for dinner. I don't feel particularly sleep now, but I'll definitely make sure not to stay up too late. One way or another, maybe my body needs more sleep.
health run the world