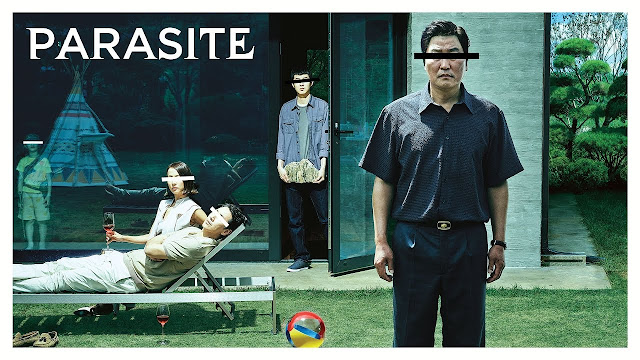 With another work trip on the horizon, there was a bit of pressure to maximize movie opportunities before I leave. And in some rather limited-release movies of interests to us and it was oddly fortunate that our lack of game schedules for today meant just enough time to catch two such movies.

First up was Parasite, which is on a limited repeat run because of all the recent awards buzz, I guess. We only really had a good chance to watch it today since all other showings later in the week would involve filing a day off from work just to see a movie. But to be fair, Parasite is the sort of movie that would totally be worth skipping work for.

Tobie and I enjoyed it a LOT and it touches on many aspects of movies that we both enjoy including complex metaphors, well-executed shots and very thoughtful pacing and direction. We had both managed to avoid reading too much about the movie before seeing it and thus weren't even fully sure of what genre it was supposed to fall under when we sat down to see it. Thus we were very happily surprised by the end result and how the movie managed to twist and turn.

We've also purchased tickets for Lupin III: The First, a CGI animated movie based on the popular manga and anime series. I don't necessarily have a strong relationship with this character and his story for one reason or another but the trailers look absolutely beautiful and it's hard to ignore the movie. But as it is on limited release, the only convenient schedule available is later at 10:00pm.

We watched Parasite at 11am and there was actually a Lupin III showing at 1:00pm, but that would overlap just a wee bit with Parasite and that really wouldn't be ideal. But given how late the other movie is, we ended up leaving the mall, having lunch somewhere else, then heading home with plans of heading out again later to end this Sunday with the other movie.