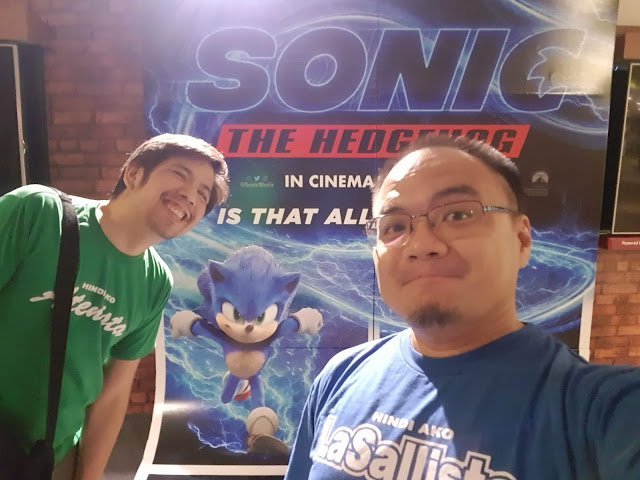 As much as I enjoyed playing Super Mario Bros. back in the day, our gaming path diverted to the SEGA Genesis after outgrew the Nintendo Famicom. And thus we dove deep into the colorful worlds of Sonic the Hedgehog.

Seriously, I spent a lot of time on those different platform games and it was a revelation when Tails joined the franchise and 2-player options were opened up in the second game. To cement things further, I don't know how many people got to enjoy ABC's Sonic the Hedgehog animated series, but it was a pretty good series with a killer theme song and it added a lot of substance to the background lore of the character including his love for chili dogs and this whole talking animals leading a rebellion against the robot armies of Dr. Robotnik as a serious plot! Sure, this never quite translated back into the games, but it did give the character some interesting (albeit limited) backstory.

Today we watched the somewhat controversial Sonic the Hedgehog movie and it was...actually not that bad. It didn't draw from any of the video game, cartoon, or comic book lore, but it still found a way to celebrate the character and have a lot of fun with it. And maybe that's all that was needed for a decent movie adaptation of a platforming video game.

I doubt it'll merit a sequel since we can only take so much of Jim Carey being Dr. Robotnik, but hey, stranger things have happened.
console gaming gaming moving pictures