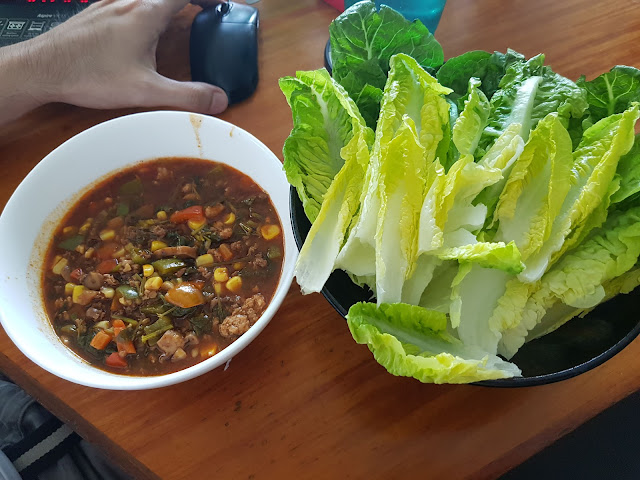 After a weekend of Tobie being home, I'd like to think he's mostly on the mend. He's still under medication just to make sure his temperature stays in a more normal range but I also made sure to feed him lots of tinola and some Mexican Relish to top things off. Good food goes a long way towards healing a weary body after all.

We also had a good weekend of gaming, which also has healing properties of a different sort. Yesterday we hosted a one-shot session of Schauermarchen for some first-time gamers and things went quite well. Tobie nearly lost his voice in the process, but I know he really needed a good game session like that.

Today we had a sort of season-ender style session of our ongoing Wraith: the Oblivion campaign, which leaves a lot of our characters in tricky places, to say the least. And we also managed to squeeze in some time to try out new board game additions Chope! The Card Game, Off Track and Champion of the Wild.

A new week is about to begin. I hope Tobie is recovered enough to get through all the stuff that is bound to be thrown his way. But whatever comes, we'll deal with it together.