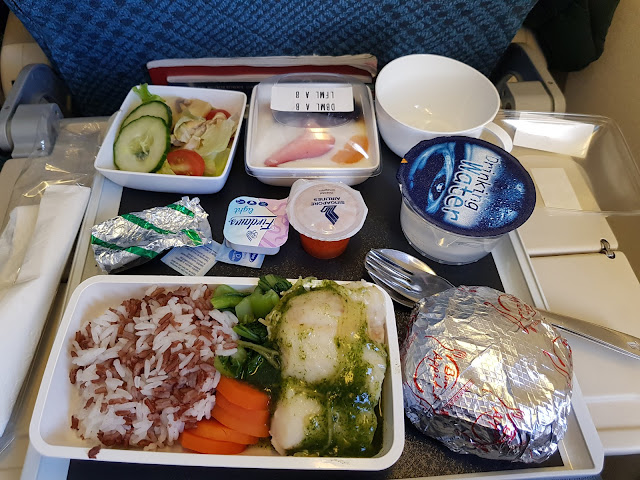 Given my amazing ability to overthink things, I was internally pre-stressed over how the flight home might be like with COVID-19 fears still running pretty wild around the world. I wasn't too worried about getting out of Singapore since I knew that I could trust my transit process would involve as few possible as possible given the self-check-in process, the automated bag drop and even the automatic immigration process - all three magically not involving interacting with actual people. So as long as I'm not running a temperature that would trip the scanners, getting through Changi would be a breeze.

And it totally was. My usual processing time from getting out of the Grab to getting past immigration barely took 10 minutes.

So I had my whole flight home to Manila to think about what complications would be waiting for me. In my head, I was just counting on the immigration e-gates at NAIA to speed up the process and match my luck in Changi. I was so wrong.

We actually landed earlier than scheduled (good job, Singapore Airlines) and I was primed and ready to make my usual dash to the e-gates and through immigration before the bulk of my fellow passengers would be able to disembark. But as I blitzed through the airport only taking a pause to take off my glasses for the temperature scanners (not sure why I had to, though), I was surprised to see that the e-gates had been cordoned close and the immigration personal were pointing everyone towards the regular human-manned queues. Oh no.

The queues were still pretty shore, so I figured it wouldn't be too long a wait until the first person to talk to immigration was questioned about the lack of an arrival card. Crap. I literally bolted to the tiny ledge table along the wall and started scribbling the needed answers for the form. I even wrote my entire ticket number even though I disagree with the need for that form field in principle.

Thankfully most of the folks had also skipped the arrival card process and had joined me along the wall. So I jogged back to the nearest, shortest queue and ended up being a priest who happened to be carrying at least two bottles of duty-free alcohol. Interesting.

In the end, the immigration officer did not bother to criticize my terrible, hurried handwriting and I somehow ended up getting my bag from the first batch of luggage to be offloaded from the plan and quickly caught a grab home that was somehow just about the get to the arrival area right after I looked for a car?

So I guess we can say that my trip home was a fair mix of good and bad things. I'm not all that convinced that the changes in Philippine immigration procedure are sufficient to catch possible COVID-19 carriers (or worth the extra steps), but I suppose it all could have been much worse. I managed to get through NAIA quickly enough and got home before rush hour traffic kicked into full gear.
run the world stop the presses