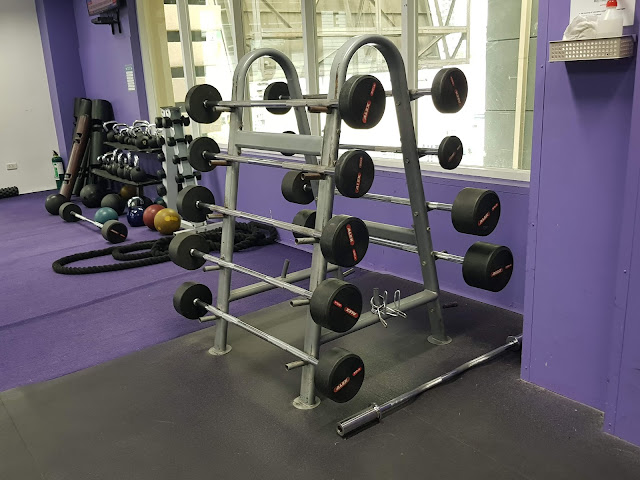 I managed to maneuver things such that I got my fitness assessment done today. Admittedly part of me was hoping for a lot of interesting information given it's one of the hyped-up benefits of joining a gym like Anything Fitness but it was a mixed bag of stuff, which was the realistic outcome, really.

The assessment itself technically isn't much. They had me download an app and then get on a special scale that links to the app. It's the usual fun stuff, which means measuring not just my weight but also my body fat percentage and of course compute my BMI along with other stuff. The trainer who went over my results with me sort of glossed over stuff, so I'll have to make time to research some of the numbers that came up. My results were of course not great but not as bad as I feared, so there's that.

The trainer I had set an appointment with was actually late but he had promised a free workout so I figured I'd wait. The other trainer who handled my assessment results made it clear that after discussing the app results and some personal trainer packages in terms of costs and number of sessions, there wasn't officially anything else.

So eventually I got my free workout with the trainer and it was an interesting experience. He walked me through a few exercises and showed me additional exercises that I can do even without the aid of machines, which was all pretty cool. He also was eager to pitch the benefits of getting a personal trainer of course and I knew this free session was so he could transition to a sales pitch. These guys gotta hustle after all. I was just a little disappointed that this demo workout didn't necessarily include a full demonstration of the different machines since I'm still guessing what to do with some of them. LOL

But I did appreciate having some support for my workouts and now I'm kind of weighing exploring some of the different fitness apps that give you routines to follow and also adapt the program based on progress. Most of these solutions are paid ones and it's probably not a good idea to invest right away. So I guess the best thing to do is to continue to study YouTube videos of possible workouts and maybe pour-over Tobie's collection of aging issues of Men's Health or something.

I'm not entirely closed to the possibility of getting an actual human trainer sometime in the future, but I don't want to get pressured into making a decision so soon after signing up for the gym. One impulsive decision at a time, right? Plus there's the fact that all these trainer packages involve significant upfront costs and I'm still trying to make sure going to the gym is already ingrained as a habit.
gym life health sietch life