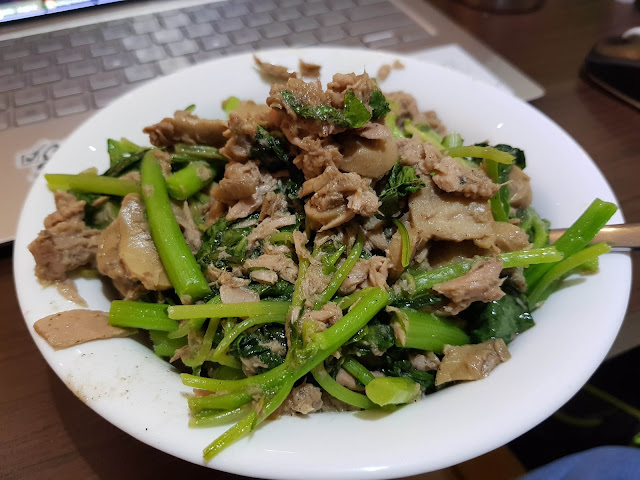 First, some real-life mundanity. I've been oddly sneezy for most of today. It started around the time I got my morning cold brew at Starbucks and never quite went away. I washed my face a few times to try to clear away any potential allergins but the annoyance continued on until I got home. I've finally taken something now that I'm at home and whether I'm away from the trigger or the medicine is taking effect is hard to say - at least the sneezing has gone down and I'm starting to feel better.

Today has been quite busy with a lot of coordination efforts as I try to clear tasks as best as I can as new ones keep coming in. I feel like we've been trying to play catch up ever since work resumed for the year, which I suppose is only natural. It comes with its fair share of stress at the same time, but then we're strong enough to handle that sort of thing.

Apart from watching Netflix tonight and reading another volume of MIND MGMT, I think I want to invest some time in unboxing some of the Stak Trek starship models I've received Eaglemoss as photographic entertainment. I think there's enough time for a few ships before bed.
health sietch life Star Trek work