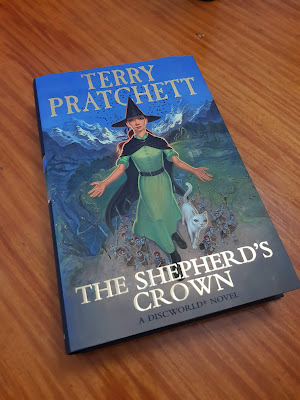 I got my copy of The Shepherd's Crown back in 2015 when it was still new. It was only last night when I decided to take the plastic wrap off and begin to read it. I figured it had been long enough since the death of Sir Terry Pratchett that reading the last Discworld book wouldn't feel like an overly emotional experience. 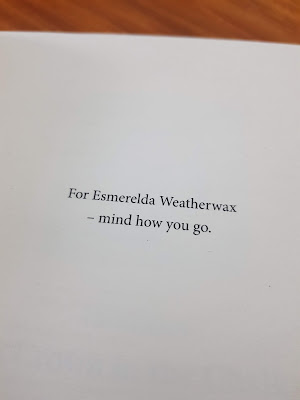 But then I turned the book to the opening dedication and just stopped. The choice of putting these words on the first page knowing that Sir Terry Pratchett would die before truly finishing the book. It has an ending, but many have shared it's probably not quite all the ending that he wanted.

mind how you go.

I can't quite explain why these words felt so striking when I first read them. Is it because it's something perfectly Granny Weatherwax, and thus perfectly Terry Pratchett? Is it a reference to his stand on euthanasia and the context of his struggles with Alzheimer's Disease? Or maybe it's nothing and everything at the same time. They're just words, right? He ultimately died of natural causes, after all.

I read the two pages of prologue after this, then closed the book right after. Getting through this book may take more time than I had anticipated.
books Discworld inner ramblings sietch life