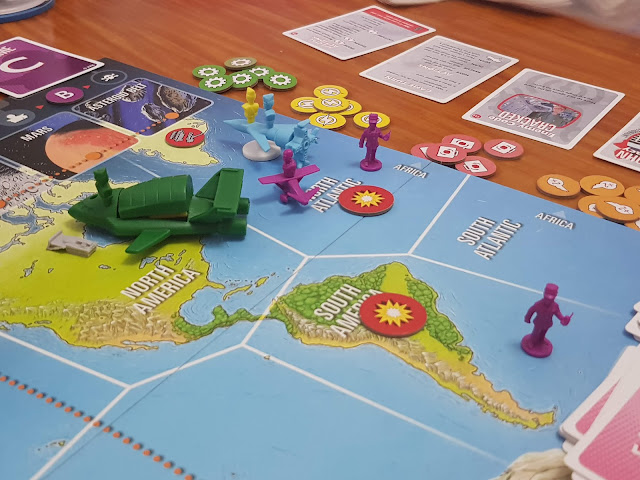 It's been a great first weekend of 2020 as we had two very fulfilling RPG sessions with a surprise session of the Thunderbirds board game in the middle of things to help round things out.

Pendragon on Saturday was great since we finally got to reunite the full group after a few off sessions at the end of last year. We're playing through the Great Pendragon Campaign and have shifted to new younger characters who are playing through the years of Arthur as the boy king. There's no Camelot yet nor any official Knights of the Round table, so we have our work cut out for ourselves.

Today was our Wraith: the Oblivion campaign, one of two sessions scheduled for the month. Our adventures in Stygia have come to an end and we ended the session back in the Shadowlands. Tobie has tweaked the story so that some of the events from the Orpheus books are sort of crossing over into our story, which is pretty interesting. Just not sure how we'll all get through this "alive".

And yeah, randomly we ended up playing the Thunderbirds board game again and I got to try playing the Hood, who is the antagonist of the series. Some of the folks from the Pendragon game were looking for a bit more gaming at the end of our RPG session and we somehow ended up on that game. It had been a while since we last played it and it was nice to bring out the game again with all it's new vehicle models from the expansions I had ordered from the UK. I really love the game, even if few people we game with are even familiar with the TV show that spawned the franchise.