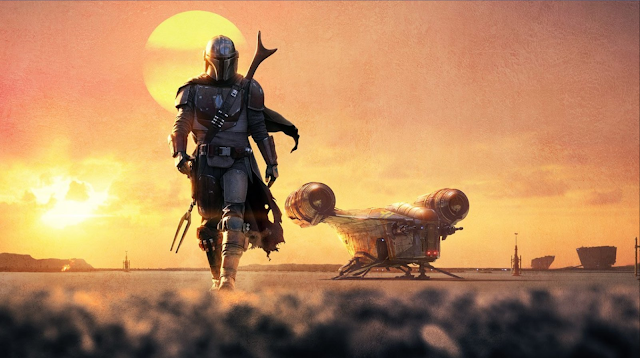 After the mixed experience that was Star Wars: The Rise of Skywalker and my difficulty investing in the Star Wars Resistance animated series, I've been felt feeling rather frustrated in the Star Wars fandom department. I've been getting enjoyment from the ongoing comics and my efforts to work through the last Legends-story, Fate of the Jedi, but on the whole, it has been hard to get all that excited about the franchise.

Tobie and I are finally getting started on the Mandalorian, and this is the breath of fresh beskar air that this old EU fan has been needed. After riding the high that was the end of Star Wars: Rebels, the Mandalorian represents the first piece of new Star Wars media that has gotten me genuinely excited. The only reason we had delayed watching the show is because of the fact that Disney+ is not yet available in the Philippines, so getting the episodes is a smuggling operation in itself.

But I really needed this. Everyone in the fandom needed this show. Everyone who thinks they only like Star Wars on a casual needs this show. This is what modern Star Wars adventures are supposed to feel like. The other stuff has been okay and speaks to specific segments of the fandom. But this show? This is something else entirely. This is almost universal.