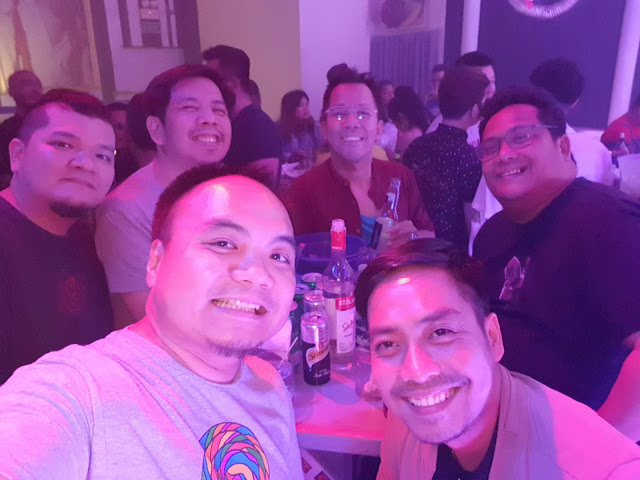 We had a great time with friends at O Bar last night. There was a pretty good crowd despite the holiday, which just speaks to how many people look for something to do after noche buena wraps up. After the craziness, Tobie and I slept in and have just stayed home. The prevailing rainy weather made getting out of bed a challenge in itself and that has dissuaded us from considering leaving the Sietch at all.

It's interesting to consider that actual noche buena was never part of our family traditions. I don't precisely know why things came to be in that manner, but that's just how we've always operated. Our Christmas traditions for as long as I can remember were largely tied to how Santa Claus will deliver presents some time after midnight, and so all kids in the family need to be in bed before then. Add in the fact that a lot of us cousins grew up in the same duplex complex and thus a lot of the same "rules" applied to everyone.

Thus we would have dinner at the normal time and then exchange presents after dinner instead of waiting for midnight before eating. The adults might stay up a bit longer, but ultimately all kids would have to get tucked in sooner rather then later. Come morning we'd all wake up to our respective gives from Santa Claus and that was that.

We're living in a post-Santa period since our generation of cousins are all adults and the next generation of children hasn't quite materialized beyond little Mason. But I'm curious to see how things will develop in the coming years as he gets older and new traditions are formed to accommodate the fact that he straddles the cultures of two countries when it comes to things like holidays and other special celebrations.
family holidays inner ramblings O Bar