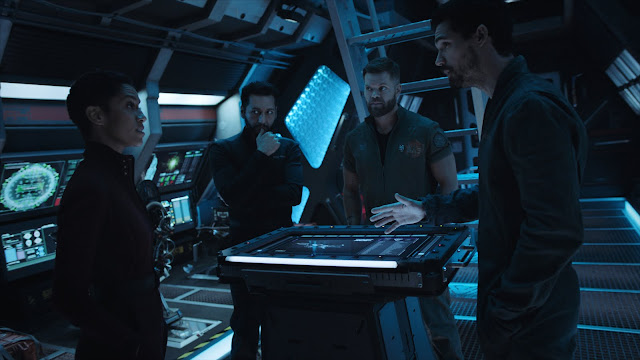 The fourth season of The Expanse is not available on Amazon Prime Video. This marks the first season of the show that I'm watching with complete knowledge of the books since I've already read as far as Nemesis Game, the fifth book in the series. For all the prior seasons I went in with little to no advanced information and just relied on the show itself to carry me through.

Anyone who reads books that have gotten adapted into other media should be familiar with the weird conundrum this creates as you watch the adaptation. I first experienced this at an early age when I watched Jurassic Park and wondered why certain characters lived in the movie but hadn't fared so well in the books and why entire sequences had disappeared. But such is the challenge of any effort to adapted a written work into something that is still compelling and commercially viable. Thus things will always seem familiar but also out-of-place at the same time when you sense that things have been shuffled around or tweaked.

The Expanse has taken a lot of liberties with how it has chosen to adapt the books in an effort to continue to feature key players and sort of fill in the gaps as to what they were doing while the book's narrative perspective had shifted to other people. A TV show has its protagonists that need to be featured regularly and you can't just do what the books did, which was to focus on different sets of POV characters in each of the books.

Over the years I've gotten better at sorting through my book knowledge versus what the TV show or movie presents as their version of events. One just has to remember that they are two different creative works and need to be appreciated and evaluated independently. It's not easy and the desire to compare the two is practically human nature. But it does no one any favors to obsess over what's the same and what's different between the versions.
books inner ramblings television