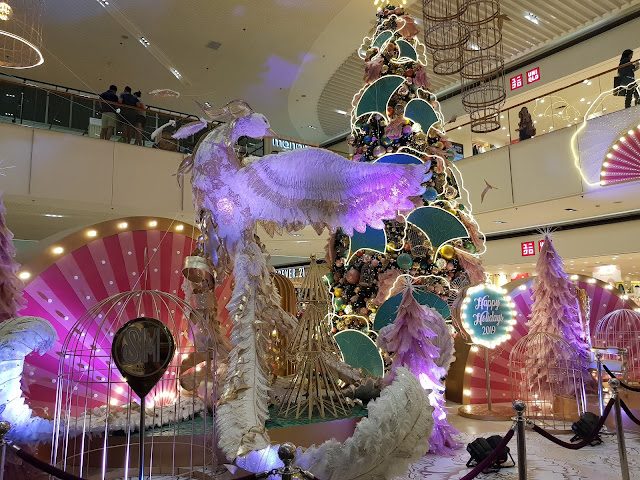 We picked up another Christmas gift after work as our lengthy effort to get meaningful gifts for different groups of friends continues on. We're mostly done, I think, but still, need to check a few more people off of our joint list. On the whole, I think we're spending less than last year but our list remains quite lengthy.

In some cases, the gifts feel something akin to patronage, but we do want to show sincere appreciation to the different people of importance in our lives. And so these many tokens are just part of that larger effort to make a sort of statement.

But it does get pretty tiring - not just the shopping but more the effort to think of which gift will make the most sense. It's ultimately a good kind of tired - and that's a phrase I keep using these days. But it's an apt enough description given the sense of fulfillment that somehow crops up despite this being a highly commercial way of expressing one's affection for others.