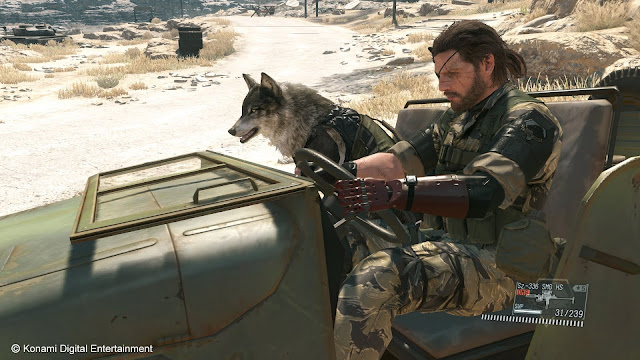 So with the revival of our PS3, Tobie has resumed playing Metal Gear Solid V: Phantom Pain and has reached that point in the game where his animal companion is now a dog instead of a horse. To add to that, "D-Dog" is now trained to help him in his missions and has actual equipment. You have not lived until you've watched a computer game dog kill a terrorist insurgent with a KNIFE.

Tobie is naturally getting a kick out of customizing and training D-Dog to be even more effective while on missions. Plus let's face it - it's been way too long since we've had a pet.

So that has me wondering if there's any merit in exploring virtual pet programs to sort of get the general feel of having a pet again without the hassles of triggering my asthma or leaving a mess to clean up. This is hardly a replacement for the joys of actually having a dog, but in a pet-restricted condo, we don't exactly have options. And I'm honestly curious to see how far virtual pet technology has progressed since the old Tamagotchi days.

This is just me thinking "aloud" while watching Tobie play his game. As much as he is in a game that involves a lot of sneaking around and killing people, the investment the developers put into the dog and the many interactions with it is pretty genius.
aminals console gaming gaming sietch life Tobie