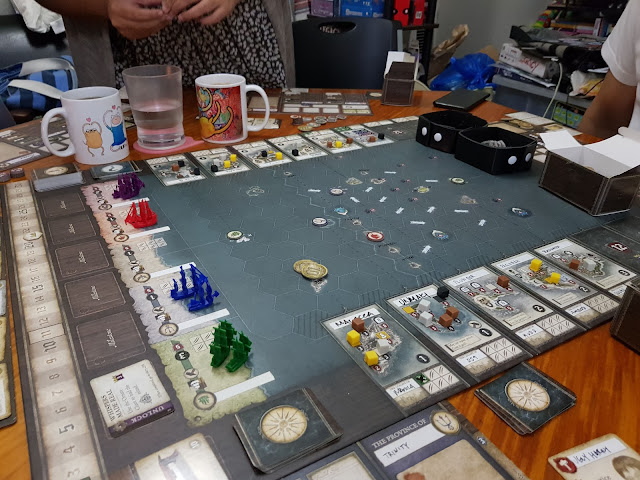 After a memorable game of the Rick and Morty: Total Rickall and a hilarious round of Monikers, our Saturday is now fully invested in our continuing Seafall campaign.

We can definitely feel that we're approaching the end game portion of the campaign and the story is certainly picking up at an interesting pace. Not quite sure how all this is going to end but we'll see how things get resolved.

Nearly a dozen sessions into thus campaign and I have to admit that this is still pretty good legacy game. It's a little clunky at times and things slow a bit in the middle with the milestones really driving progress in the game. The random narratives of the Captains Booke are father hit-or-miss but they at least have great thematic flavor. And in the end our campaign group is still having a good amount of fun with the game.

No other plans after this session wraps up before midnight but I figure we'll just stay home and play PS3 games.
gaming sietch life tabletop gaming