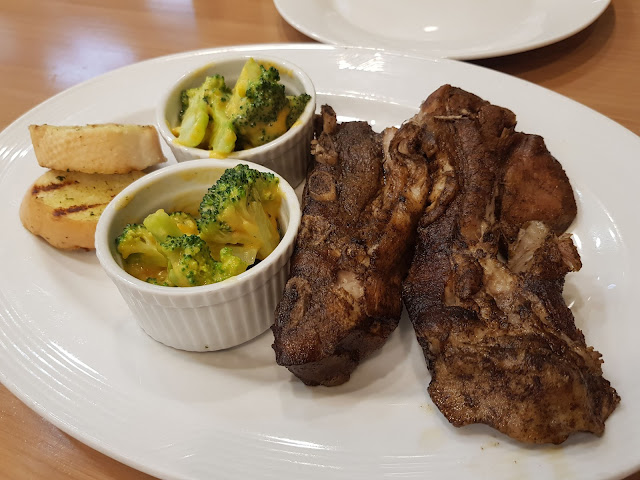 The past week had been pretty tiring and so our Sunday ended up being a light one. It helped that we didn't have a tabletop game session scheduled for today and thus our calendar was pretty free.

What we did end up doing was making a trip to Greenhills.

It started with me wanting to watch the new Addams Family movie, which was no longer showing at any of the cinemas in BGC. Our options for still catching it included Makati and Greenhills.

Greenhills made more sense since it provided an opportunity to have our PS3 looked at since it still wasn't 100%. The file restore option had helped to some degree but were still having trouble running games consistently. So between getting the unit serviced and a movie, Greenhills did become the best option.

So we made our way over and did some of the usual rounds. Ended up picking up a few expansions for board games in our collection and had a late brunch at Racks. A friend joined us for this impromptu excursion and ended up joining us for the movie. Tobie nodded off a few times so it was clear we didn't have the constitution for a double feature so we called it a day after that.

Our PS3 seems to be working better now. The guy said we needed to replace the lens and it does seem to be better. He also had a few PS3 controllers, so we bought a new set to help augment the many buggy ones we have left at the Sietch. I've been using stickers gathered from recent geek events to tag them in terms of how reliable they are - or aren't.

After all that back and forth, we spent a good hour or so playing Warriors Orochi 3 and it was a lot of fun. We're not as good as we used to be and it'll take a while to hone muscle memory to get back into the groove of things but it was still fun even when we kept dying whole trying to finish a particular stage.
console gaming gaming sietch life