0252A: Robots of the New Apocalypse 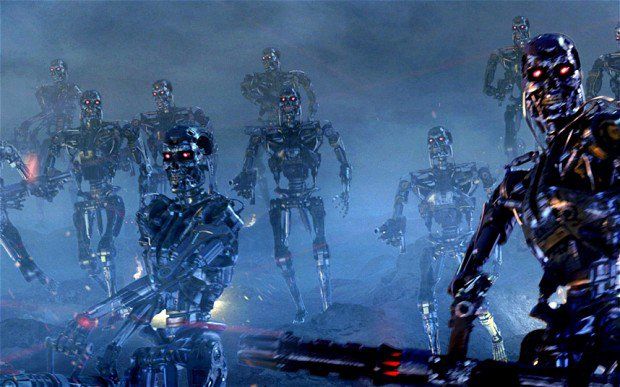 This afternoon Tobie and I ended up watching Terminator: Dark Fate, the latest sequel for the Terminator franchise. We weren't expecting all that much as the Terminator sequels beyond T2 have been seriously hit or miss with the Terminator timeline getting muddier and muddier over the years, but that's Hollywood for you. This latest movie isn't necessarily perfect, but it feels like a pretty smart attempt at breathing new life into the franchise while still paying homage to all that has come before.

My general love for robots has always all reserved a special place in my heart for these human-hunting robots of a time-displaced dystopic future. My general uneasiness when it comes to horror and thriller movies made it a little harder to really dive into these movies -  a problem that the Alien franchise also holds for me - but there's something really iconic about the concepts of the period of its release.

Before things like the current trend for superhero movies, we had these really intense science fiction thrillers that established a number of iconic characters. Alongside the Terminator, we had acid-blood Aliens, trophy-hunting Predators and RoboCop trying to keep the peace, just to name a few of them. It's nice to see some of these franchises still going strong and I have a good feeling for where Terminator may go should this new movie do decently at the box office. It'll be tricky to get a lot of attention given it's an R-13 movie. That allows for more intense fight sequences but it also limits the potential reach of the movie.