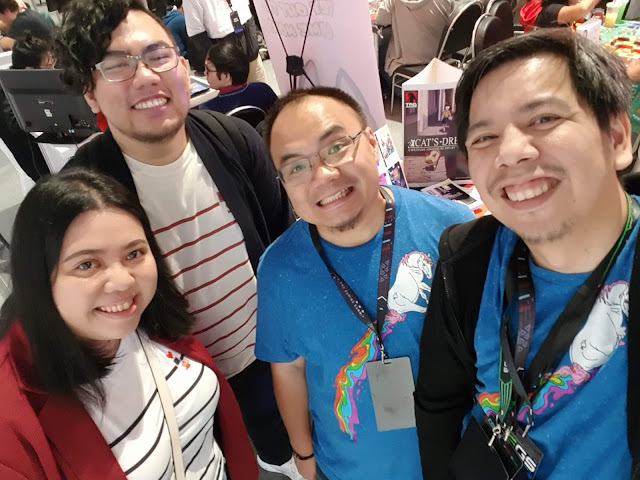 Wowzers, ESGS 2019 Day 2 (although Day 3 for Tobie) was pretty hectic but ultimately quite fulfilling for Tobie. The decision to figure out a local print release for his solitaire RPG Cat's Dream was a great idea indeed since this time ewe actually had something concrete to offer beyond directing them to purchase his games online at DriveThruRPG.

Beyond selling a good number of copies of his game, Tobie was obviously happy to introduce people to the hobby and explain why we enjoy it so much. We got a few potential concerts who purchased the game despite never having played RPGs before and if things go well we might hear back from them in the future running their own games or maybe even creating stuff.

We still have to get through O Bar tonight then somehow get back to ESGS in the morning for the last day of the event and then to Solaire for a play. We may have bitten off more than we can chew but we'll take things one step at a  time.
gaming tabletop gaming Tobie